Brad Pitt’s breathtaking wife is captivating Connecticut. You will soon see Angelina Jolie in breastfeeding not one, but two of her children!

A bronze statue of the American actress was born in an art studio in Moosup. Connecticut sculptor Daniel Edwards created the piece and has been showing off the unfinished clay and bronze statue. Edwards says the statue, called "Landmark for Breastfeeding," is nearly life-sized and shows a nude Jolie holding two of her children in a "football hold," Reuters reports.

And it came right on time for World Breastfeeding week last month. 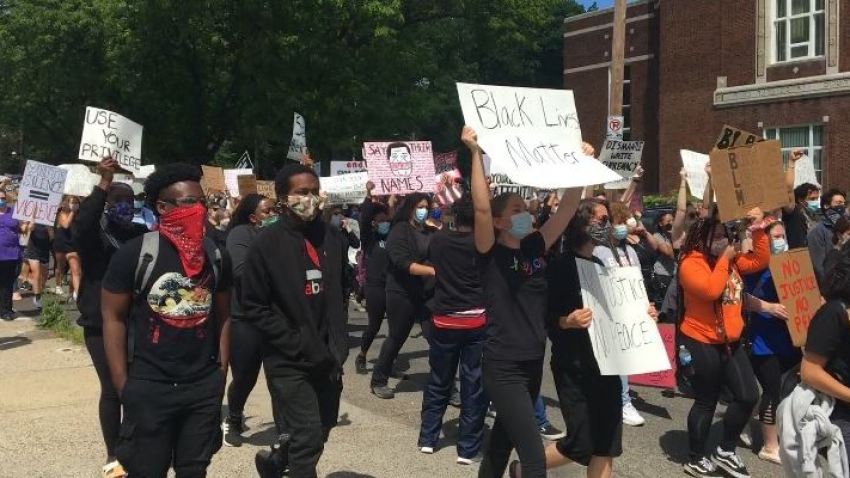 Protesters Block I-84 in Hartford

Westfarms Closed Today ‘Out of Abundance of Caution’

He was partly inspired by the fact that breastfeeding in public is a touchy topic for some, Edwards said.

“It was a highly charged issue, and I was kind of stumped because I didn't realize people were so much against public breastfeeding. I thought, 'How much more wholesome can you get than breastfeeding,” Edwards said.

This isn’t the first of his unusual pieces. Two years ago, he sculpted socialite Paris Hilton -- dead, naked and with her legs spread apart. Edwards called the work "Paris Hilton Autopsy,” Reuters reports.

And in 2006, he unveiled a lifelike statue of pop star Britney Spears giving birth on a bear skin rug.

"I felt Angelina Jolie, even then, was the best representative of such an idea, a statement, a symbol," he said. "So
it just had all the components that I thought  were good for an interesting sculpture and social commentary."

The Angelina Jolie breastfeeding statue will make its public debut on Friday, Sept. 11. in Norman, Oklahoma, near the birthplace of Brad Pitt, before landing in London this fall.