Students Return to School in More CT Cities and Towns

Students returned to school this morning in more towns, including Meriden and New Haven.

Many parents and students said they are feeling a nervous excitement about heading back into the classroom.

Glorymar Ramos walked her sons up to Washington Middle School in Meriden for the first day of school.

“I feel comfortable. I feel really good. I’m excited for them to be back in a building, socializing and having that one-on-one with the teachers,” Ramos said. 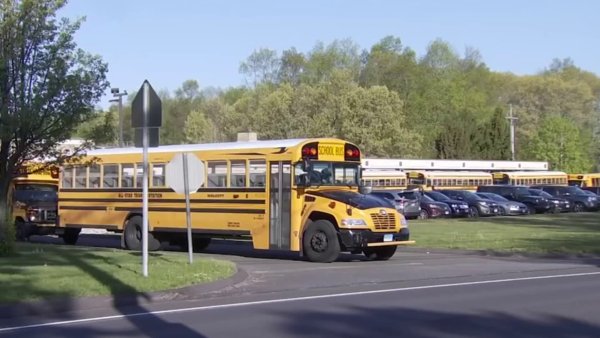 back to school Sep 6

Meriden is offering hybrid learning for high school students while students in kindergarten through grade 8 will attend school in-person and  parents can choose to continue all distance learning.

“I think they made a lot of arrangements and upgrades in the buildings and I feel really comfortable sending them," Ramos said. "We’ve already spoke a little about the whole social distancing and trying to wash their hands and all that stuff so they are aware of some of these changes coming up into the schools.”

Heidi Charpentier, of Meriden, said she is not worried.

"I think they’re going to do a great job at it. I have faith in them,” she said.

The decision was difficult for many because of concerns about the COVID-19 virus and the lack of childcare for children of parents who need to go into work.

"I have to because I need to go back to work, so I have to. I'm a little scared about it, so they go back to school, but I had no choice,” Kristal Martinez, of Meriden, said.

Some students said online learning can be stressful and they prefer going into a building.

"“Going to school, talking to the teachers and actually getting input on what you have to do, it’s much better than just staying at home and learning it yourself,” Carrys Boakye, an eighth grader in Meriden, said.

“I feel relieved going back to the classroom because with online work, the work just piles and piles,” Evelyn Appiah, a sixth grader in Meriden, said.

School in New Haven is starting with virtual learning for the first 10 weeks.

All 21,000 students will have a device and the district was handing out laptops earlier this week.

The district also extended wi-fi networks at schools and by extending it out in a two-block radius.

“So that effort they're doing right now is going to show they care about everybody,” Sergio Carrion, a senior at Career High School, said.