Giving Back: Army Veteran Buys Up Christmas Trees For Others

An Army veteran bought 40 Christmas trees but didn’t take any home. That’s because he wants first responders, veterans, those currently serving, and nurses to be the ones to pick them up.

Lined up in a row, tied up, and ready to head out. Christmas trees stand by waiting for a new home, but some of them can’t be bought.

At The Farm Stand at Lemek Farms in Tolland, owner Jason St. Louis says it was no surprise when a friend came by and purchased 20 Christmas trees but didn’t actually want them. 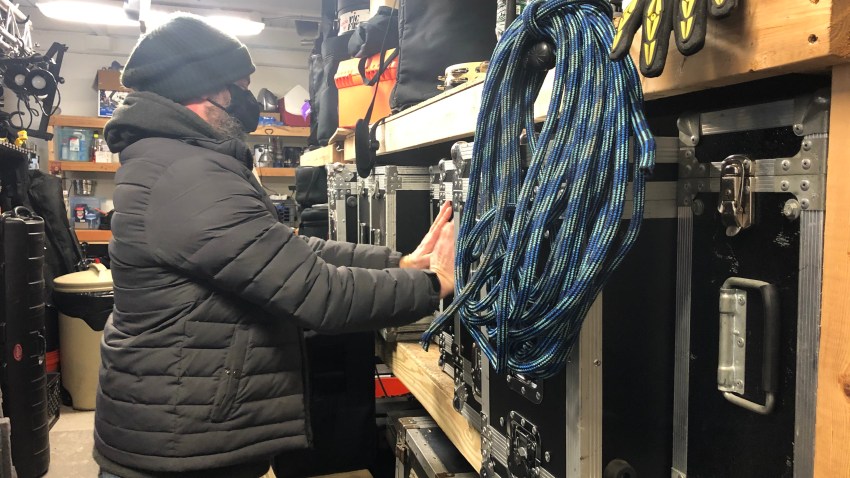 “He’s always stepping up to the plate for all these good causes,” said St. Louis.

Micah Welintukonis bought them for the farm to give away to veterans, those currently serving, first responders, and nurses. A veteran himself who was wounded in Afghanistan, Welintukonis says he has friends in the medical field and hears their stories about what this year has been like.

“How hard it hit them, it just struck home even more,” said Welintukonis.

But he wasn’t done giving. At nearby Brookside Garden Center in Tolland, he bought another 20 trees for the same purpose.

“It was nice to have someone giving things,” said Terry Spielman, who works at Brookside Garden Center.

During a tough year, it’s a gesture that can mean a lot to some of those who have worked the hardest. And Welintukonis hopes that the giving won’t end with 40 trees.

“I can only do what I can afford, so hopefully this spreads and other people want to do more and give back as well,” said Welintukonis.

If you are a veteran, currently serving, a first responder, or a nurse, you can pick up one of the free trees at The Farm Stand at Lemek Farms or Brookside Garden Center. Both are located in Tolland. You just need to bring identification during normal business hours. Remember, there is a limited number of purchased trees available.