Hartford Gives Back to Remember 9/11

These elementary schoolers hadn't even been born on Sept. 11, 2001, but they were eager to help during a national day of service to observe the 12th anniversary of the attacks.

“I like to say, ‘Improve the community with the community,” said Knox Parks Foundation Executive Director Ron Pitz. 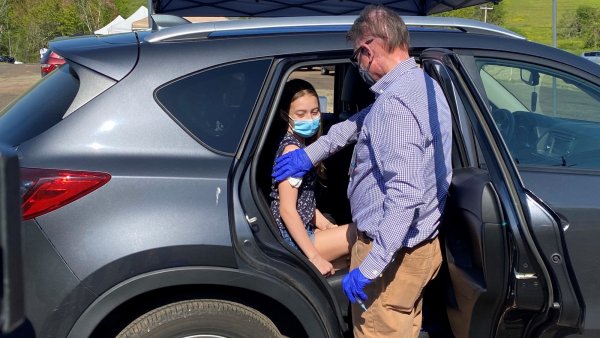 He said getting the neighborhood involved fosters a sense of ownership within the community.

“When we leave the neighbors are going to take care of those trees because they had a hand in planting them,” Pitz said.

At the Boys and Girls Club of Greater Hartford, volunteers from The Hartford also tended to trees – though theirs were made of colorful paper cut-outs on the walls.

“Those that need help maybe moreso than we do ourselves. And it’s all about giving back,” she said.

Team “Hart” helped spruce up the Boys and Girls Club by putting fresh coats of paint on locker room walls, and cleaning up desks and computers in classrooms.

“This has been a second home for so many kids that come here every day,” said Club President Sam Gray.

He believes doing community service and giving of one’s time has much more impact that simply donating money.

“It’s not always about giving financially, but the gift of time means so much more,” Gray said.

And time is also needed for the trees at Knox Parks to grow big and strong, as Pitz explained to his young helpers.

It's a lesson in hard work and remembrance that will benefit many for years to come.