A man was transported to Bridgeport Hospital with what fire officials called substantial burns after a house fire on Sunday afternoon.

Firefighters were called to a home on Mill Pond Circle around 1:45 p.m. after getting a report of a structure fire with one person trapped inside of the garage.

When crews arrived, they said they found heavy fire visible inside of the garage extending up the exterior of the home.

According to fire officials, a man suffered substantial burn injuries and was transported to Bridgeport Hospital by Stratford EMS. 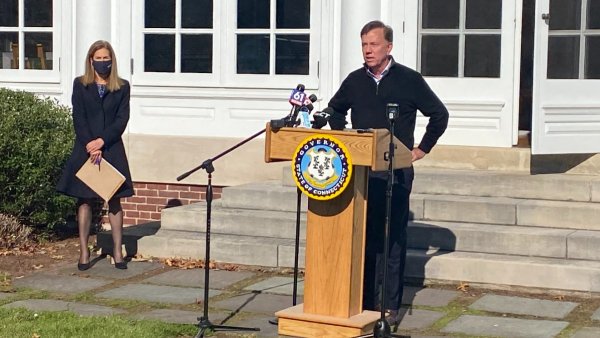 Firefighters said the fire was brought under control in less than 15 minutes. The structure is not inhabitable at this time.

Six people and two dogs were displaced, firefighters said. The American Red Cross responded and is providing assistance to the family.

The cause and origin of the fire are under investigation.