Police said the officer was responding to a crash and the suspect fired gunshots.

The suspect accused of shooting a New Haven police officer is in custody, according to police.

The officer was shot twice after responding to a car crash early Friday morning. The shooting happened on Chapel Street around 1:30 a.m., according to police.

Police issued a temporary shelter in place for residents in Fair Haven in the area of River Street, Lloyd Street, Exchange Street and Poplar Street and have lifted it.

Officials have arrested 36-year-old Jose Claudio, of New Haven, after discovering where he was located. New Haven and Hartford police said he was arrested on Putnam Street without further incident.

Authorities said there will still be a continued police presence in the area of Chapel Street and Blatchley Avenue as detectives continue to search for evidence.

The officer, Chad Curry, a nine-year-veteran of the department, responded to the site of the crash and the driver tried to leave the scene, police said. Curry attempted to stop the person who then opened fire on the officer, according to New Haven Police Chief Karl Jacobson.

A New Haven police officer was shot after responding to a car crash early Friday morning. 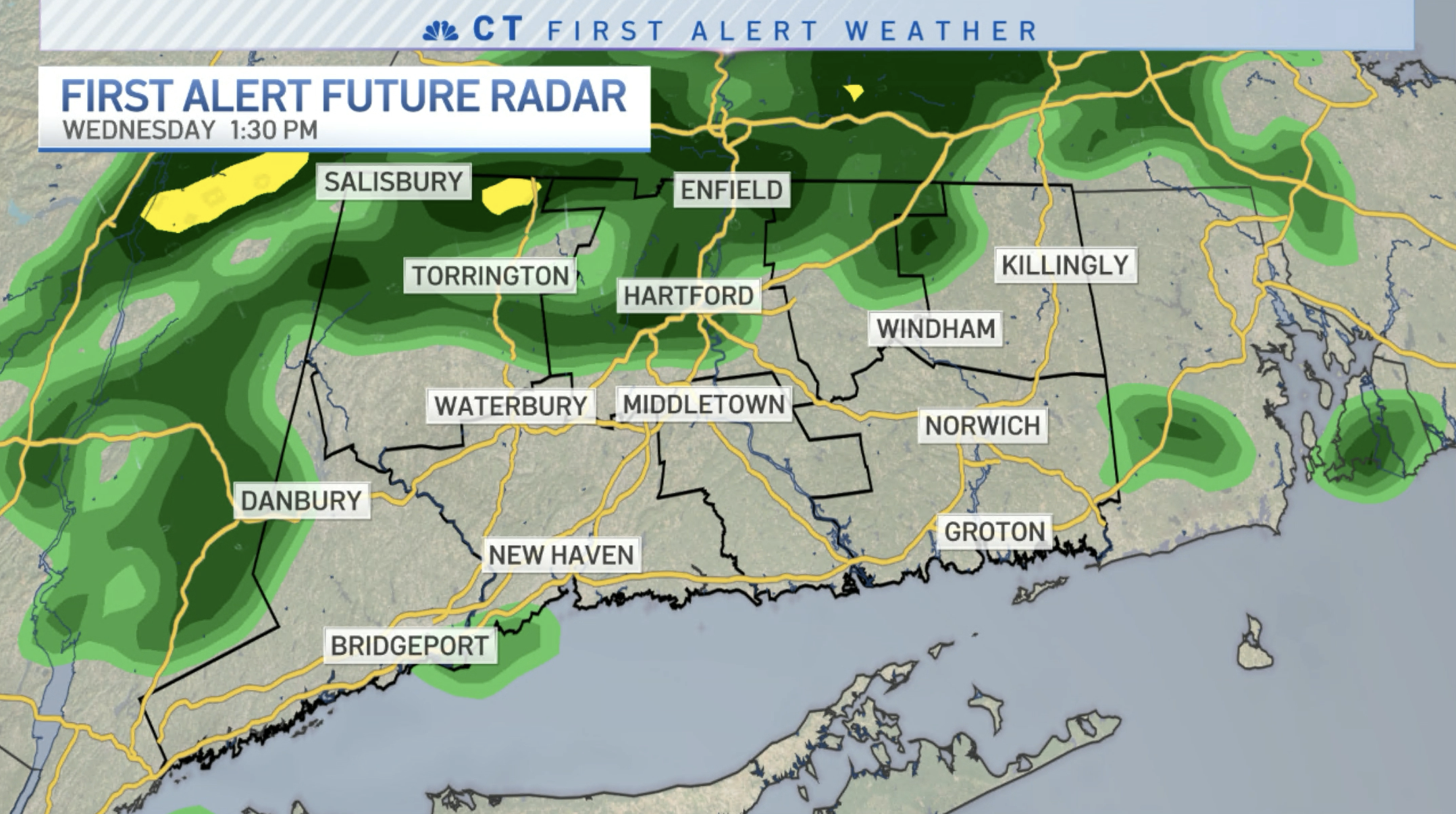 Curry did shoot back at the suspect, but Jacobson is confident in the actions he took.

"It's a proud moment. That officer immediately acted with courage and acted exactly how he should have," Jacobson said in a news conference.

The New Haven police chief said "a lot of good police work" brought them to the suspect in Hartford. SWAT units in both New Haven and Hartford secured the area and got Claudio out.

School officials said two schools, Family Academy of Multilingual Exploration and John S. Martinez School, were sheltering in place due to the police activity in the neighborhood, but classes were proceeding.

Curry was shot in the ear and the shoulder. Fellow officers brought him to Yale New Haven Hospital, where he was treated and released later in the morning, police said. Jacobson said the officer is recovering.

Police said Curry is a well-known officer in the city. He lives there and is recently credited with helping save a man's life. His sister and cousin are also officers with the department.

A nearby vehicle and side wall to an apartment were hit during the exchange of gunfire, according to police.

Claudio faces charges including first-degree assault on an officer, criminal possession of a firearm, unlawful discharge, reckless endangerment and more. He is being held on a $1 million bond and is expected to appear in court next week.

New Haven Mayor Justin Elicker said it was both a "terrible and remarkable day for the New Haven Police Department." He described Curry as an incredibly courageous officer who unexpectedly suffered under gunfire.

The mayor went on to say that Curry put himself at risk to protect others, and that he's moved by some of the officer's actions.

"I am always impressed by the New Haven Police Department, but I think today shows an exemplary department," Elicker said.

Police ask that any witnesses who have not yet spoken with them to call the New Haven Police Department Investigative Services Division at 203-946-6304. Callers may remain anonymous or submit tips anonymously by calling 1-866-888-TIPS (8477), or text “NHPD plus your message” to 274637 (CRIMES).