A prosecutor is planning to release a report today on the investigation into the massacre at Sandy Hook Elementary School last December, but the public will have to wait longer for the state police's full accounting of the crime.

The decision to continue withholding the bulk of the evidence is stirring new criticism of the secrecy that has surrounded the probe since a gunman killed 20 children and six educators inside the school on Dec. 14.

While the gunman took his own life and authorities are not contemplating any prosecutions, the lead investigator, State's Attorney Stephen Sedensky III, has gone to court to fight the release of 911 tapes, consulted privately with victims' families on what might be included in the report and resisted calls from Connecticut's governor to divulge more information sooner.

In defense of their handling of records, investigators have cited the scale of the criminal investigation -- perhaps the most extensive in Connecticut's history -- and consideration for the victims' families, some of whom have lobbied for tighter restrictions on public information and complained of being harassed by conspiracy theorists.

The family of Vicki Soto, a teacher killed in Sandy Hook Elementary School, released a statement on Sunday and said they have read the report.

"As we close in on the end of a very difficult year, the releasing of this report is yet another blow that our family has been dealt. While others search for the answer as to why this happened, we search for the how. How can we live without Vicki? How do we celebrate Christmas without Vicki? How do we go on every day missing a piece of our family? Those are the questions we seek the answers for. There is nothing in the report that will answer those for us," the statement read. 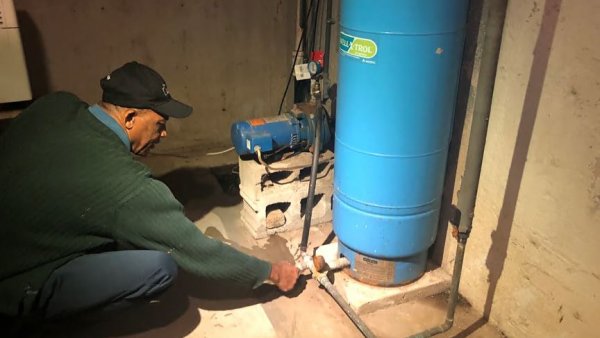 Dan Klau, a Hartford attorney who specializes in First Amendment law, said the decision to release a summary report before the full evidence file is a reversal of standard practice and one of the most unusual elements of an investigation marked by secrecy.

"What I found troubling about the approach of the state's attorney is that from my perspective, he seems to have forgotten his job is to represent the state of Connecticut," Klau said. "His conduct in many instances has seemed more akin to an attorney in private practice representing Sandy Hook families."

Mark Dupuis, a spokesman for Sedensky, said the summary released on Monday will not include the state police report, which is expected to total thousands of pages. It was not clear when the full report would be released.

The gunman, Adam Lanza, 20, killed his mother inside their Newtown home before driving to his former elementary school and gunning down 26 people with a semi-automatic rifle. He killed himself with a handgun as police arrived.

So far, investigators have released little more than search warrants, which detailed an arsenal of weapons found inside the Lanza home. The information that authorities have not revealed includes the timeline of the police response to the shooting, any mental health records for Lanza and whether investigators found any clues to a possible motive for the rampage.

The withholding of 911 recordings, which are routinely released in other cases, has been the subject of a legal battle between The Associated Press and Sedensky before the state's Freedom of Information Commission, which ruled in favor of the AP, and now Connecticut's court system. A hearing is scheduled for Monday in New Britain Superior Court on whether the judge can hear the recordings as he considers an appeal.

At a hearing in June before the FOI commission, Sedensky, the state's attorney for the Danbury region, said he was spending roughly half his time on the Sandy Hook investigation between meetings with police and working with victims' families. Victims' relatives have said Sedensky told the families he would do what he could from a legal standpoint to address their concerns about what might be released publicly.

One argument raised by Sedensky is that if names of 911 callers are released, they could be harassed by conspiracy theorists accusing them of being "crisis actors."

Morgan Rueckert, an attorney representing 22 of the Sandy Hook victims' families, said some families still receive harassing phone calls from conspiracy theorists, but they are also concerned by the amount of attention that's been paid to the case and the ease with which records, once released, could be widely published and duplicated on the Internet.

"I think it's appropriate under these circumstances to take a harder look now at what should be released and in what manner," Rueckert said.

A Connecticut law passed this year in response to the massacre creates exemptions to the freedom-of-information law for the release of photographs, film, video and other images depicting a homicide victim if those records constitute "an unwarranted invasion" on the privacy of the surviving family members.

It also created a one-year moratorium on the release of certain portions of audiotape and other recordings -- with the exception of 911 tapes -- in which the condition of a homicide victim is described.