Many say the point of the event was to make people uncomfortable and bring about change.

On Tuesday there was a strong show of support for high school students in Middletown who put on an assembly that dealt with heavy topics including racism.

Not everyone in the community has been entirely supportive.

“We will not be scared by the backlash,” said a member of the Minority Student Coalition at Middletown High School.

The group defended an assembly they put on last week, which featured performances that celebrated Black History Month and hoped to educate students. 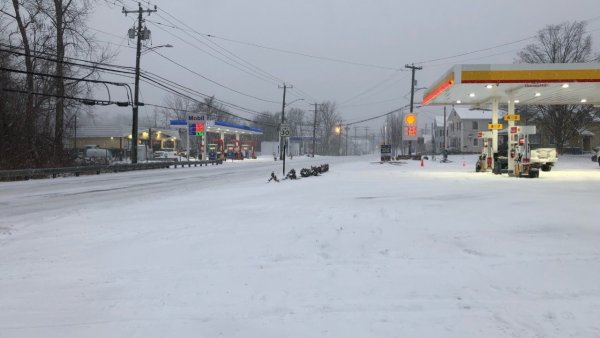 Students brought up difficult topics such as white privilege and the history and impact of a racial slur.

Among those in the audience for the assembly was Mayor Ben Florsheim.

“I was really impressed by how seriously the students were taking the charge they were given,” said Mayor Florsheim.

The mayor says he expected the assembly might ruffle some feathers.

And soon he and the superintendent received some concerns, with similar ones also posted online.

“It seemed like people were just a little bit taken aback by how straight forwardly this assembly took on issues,” said Florsheim.

On Tuesday community members packed a school board meeting to voice their support for the assembly and the performers.

Students say part of the purpose of the event was to show how uncomfortable black students can feel every day.

“We did that for a reason so people would talk about that because if we continue to sweep it under the rug and continue to not talk about it is when it continues,” said one student.

The city is planning a community conversation about the assembly and racial equity.

It’s coming up this Saturday at 7 p.m. at the high school.