‘What's On Your Mind?': Protests, Police Reforms in Connecticut

There are growing calls to hold police to higher standards when it comes to using force. And it has become clear that many of the protests happening in Connecticut and around the U.S. after the death of George Floyd are not solely about what happened in Minneapolis, Minnesota.

It was there on Memorial Day when Floyd, an unarmed Black man, died after a white police officer held his knee on Floyd's neck for nearly nine minutes.

More than three weeks after the death of George Floyd, the voices demanding changes to the way communities of color are policed have become louder on the streets of this state and this country.

Some people hearing the message of protests are, in turn, defending the important work of law enforcement. Though there has been discussion of defunding police departments, that concept does not necessarily mean eradicating law enforcement altogether.

Amid all the demonstrations and what feel like deep divisions, many people are also a feeling a sense of hope.

Here is some of what you wanted to share with us. 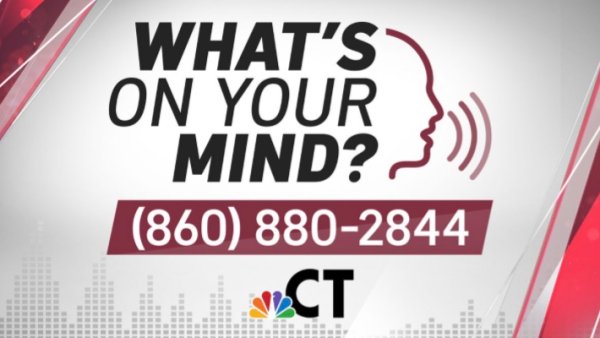 ‘What's On Your Mind?': Anger, Demands for Change after Death of George Floyd 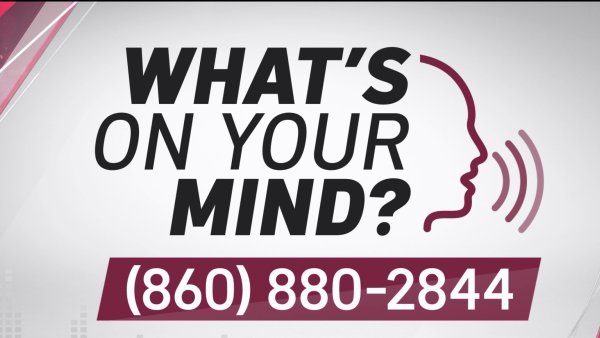 What's On Your Mind With Connecticut's Reopening? 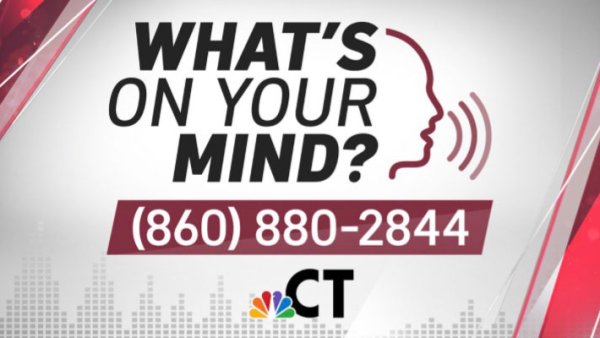 What's On Your Mind?: Confusion, Gratitude Months into COVID-19 Crisis

NBC Connecticut wants to know more about what you and your family are feeling.

By leaving a message you acknowledge that you are 18 years or older (or, if under 18, are also on the phone with a parent or guardian) and you give NBCUniversal permission to record the message and to use it across all NBCU partners and platforms, including broadcast television. If you're under 18 and want to leave a message, your parent or guardian should announce themselves first.