A Maryland man who waved a Confederate flag attached to a lacrosse stick during the siege at the U.S. Capitol pleaded guilty on Tuesday to interfering with a police officer who was trying to disperse a crowd of rioters.

David Blair, 27, faces a maximum prison sentence of five years after pleading guilty to a felony charge of obstructing law enforcement during a civil disorder. Estimated sentencing guidelines in Blair's case recommend a term of imprisonment ranging from eight to 14 months. 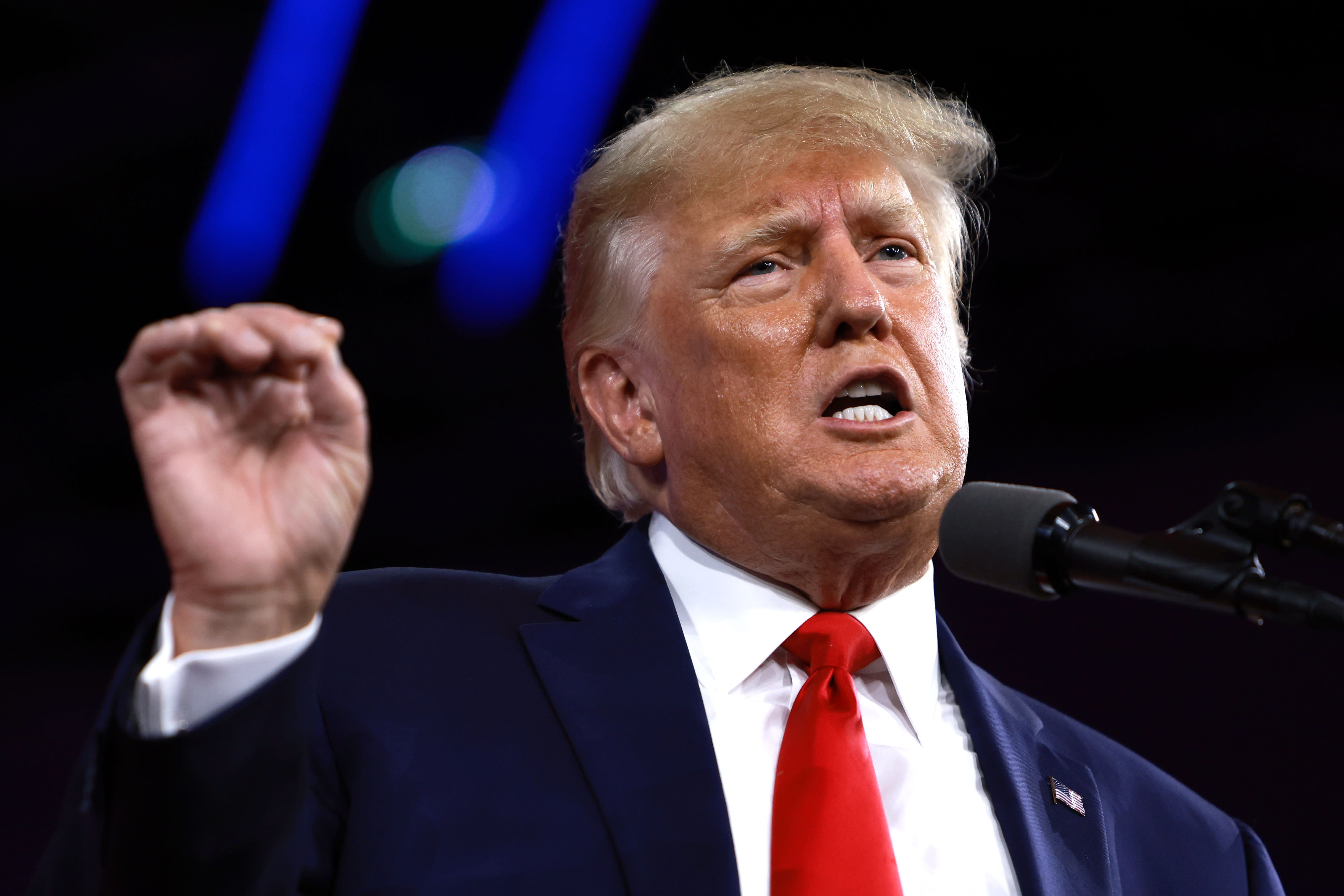 Blair was charged with assaulting a Metropolitan Police Department officer outside the Capitol during the Jan. 6, 2021, attack by a mob of Donald Trump supporters. Wearing a skull-themed face mask, Blair profanely taunted the officer and struck him with a wooden lacrosse stick adorned with a Confederate battle flag, prosecutors said. An officer’s body camera captured video of Blair waving the flag in front of a crowd that police were trying to disperse.

A jury trial for Blair was scheduled to start on May 2 in Washington, D.C.

Blair wasn't the only riot defendant who brought a Confederate flag to the Capitol. A man who draped himself in a Confederate flag on Jan. 6 pleaded guilty to joining the mob that disrupted Congress from certifying President Joe Biden’s electoral victory. That man — Matthew Ryan Miller, 23, of Cooksville, Maryland — is scheduled to be sentenced on May 23.

On Jan. 6, 2021, supporters of former President Donald Trump stormed the U.S. Capitol during the certification of Electoral College votes. NBCLX Political Editor Noah Pransky brings you a timeline of the day and the aftermath.

Police initially arrested Blair on the day of the riot and took him to a hospital to be treated for a cut on his head.

The FBI arrested Blair in February 2021. A federal grand jury indicted him on charges including assaulting, resisting or impeding police with a dangerous weapon, a flagpole.

Blair's attorney disputed that the flagpole in question — a lacrosse stick — was a deadly or dangerous weapon.

Defense attorney Terrell Roberts III had argued that Blair was lawfully exercising his First Amendment rights on public grounds west of the Capitol when police arrested him. An officer blindsided Blair and shoved him without warning or ordering him to leave the area, Roberts asserted.

“In response to this legally unjustified use of force, (Blair) used his lacrosse stick to block or check the officer, who had his baton raised vertically in his right hand,” Roberts wrote in a February 2022 court filing. “The officer was not hurt or injured, and such resistance, which was lawful under the circumstances, did not furnish a basis to believe that probable cause existed to arrest the defendant.”

Roberts also argued that an officer illegally seized a knife from a backpack that Blair was wearing when police arrested him.

Prosecutors said Blair refused to comply with police commands to move out of the West Lawn, a restricted area of Capitol grounds, before he assaulted the officer.

FBI agents seized a notebook containing writing about the events of Jan. 6 when they searched the home in Clarksburg, Maryland, that Blair shared with his mother. The phrase “Save USA” was written on the top of a notebook page, the FBI said.

More than 770 people have been charged with federal crimes related to the Capitol riot. Over 240 of them have pleaded guilty, mostly to misdemeanors punishable by a maximum of six months imprisonment. Two others have been convicted of riot-related charges after a trial.