North Korea has yet to report a case of the new virus, but state media have hinted that an uncertain number of people have been quarantined after showing symptoms

The United States expressed deep concern about North Korea's vulnerability to the outbreak of a new virus and said it was ready to support efforts by aid organizations to contain the spread of the illness in the impoverished nation.

North Korea has moved to strengthen quarantines and other preventive measures to protect itself from the COVID-19 illness that has killed hundreds and sickened tens of thousands in China, North Korea's neighbor and closest ally.

North Korea has yet to report a case of the new virus, but state media have hinted that an uncertain number of people have been quarantined after showing symptoms. Experts say an epidemic in North Korea could be dire because of its chronic lack of medical supplies and poor health care infrastructure.

A non-profit based in Centennial, Colorado, is sending desperately needed medical supplies to doctors treating coronavirus patients in Wuhan, China.The shipments include supplies like personal protective equipment, including masks and gloves. First shipments are directed for doctors and nurses.

"We strongly support and encourage the work of U.S. and international aid and health organizations to counter and contain the spread of coronavirus in the DPRK," State Department spokeswoman Morgan Ortagus said in a statement, referring to North Korea by its formal name, the Democratic People’s Republic of Korea.

"The United States is ready and prepared to expeditiously facilitate the approval of assistance from these organizations."

North Korea's media have described the fight against the illness as a matter of "national existence." It has shut down nearly all cross-border traffic, banned foreign tourists, intensified screening at airports, harbors and other land entry points, and mobilized some 30,000 health workers to monitor residents and isolate those with symptoms.

South Korea withdrew dozens of officials from an inter-Korean liaison office in a North Korean border town after the North insisted on closing it until the epidemic is controlled.

The North this week also announced it will impose a monthlong quarantine for all foreign visitors and others suspected to have the virus. The Russian Embassy in Pyongyang previously had said North Korea had imposed a 15-day quarantine on foreign visitors.

The International Federation of Red Cross and Red Crescent Societies has said its branch in North Korea has mobilized 500 volunteers in areas close to the Chinese border to assist doctors in house-to-house screening and promoting personal hygiene. Volunteers are also using hundreds of bicycles to reach North Korean households in remote areas and raise awareness of the virus, the IFRC said.

"All the institutions and fields of the state and foreigners staying in the DPRK should obey it unconditionally," the Korean Central News Agency said Wednesday about the North's quarantine. "The spread of the epidemic comes to be a serious problem with the possibility of international disaster." 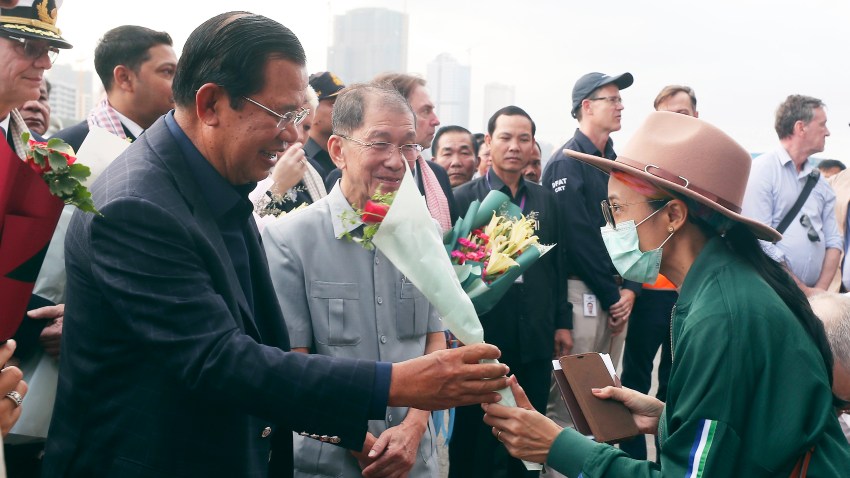 Cruise Stranded by Virus Fears Ends With Roses in Cambodia 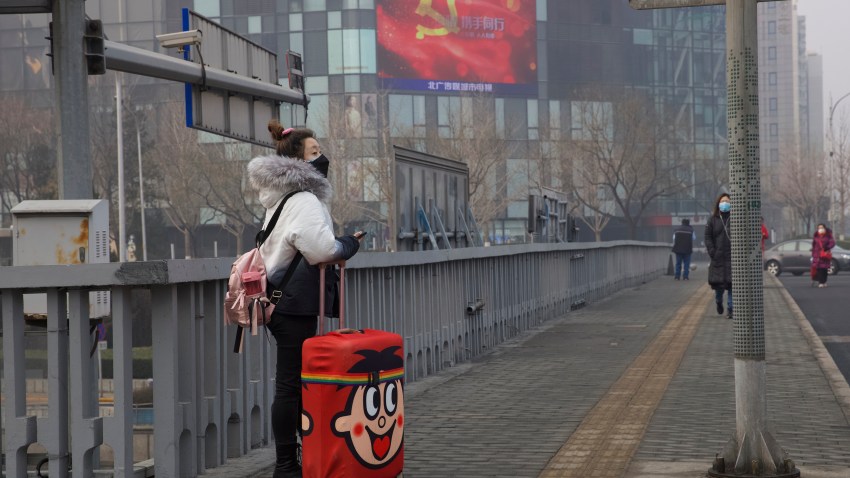 South Korea, which has reported 28 cases of the virus, said there’s a need for inter-Korean cooperation to contain the spread of the disease. Cho Hey-sil, spokeswoman of Seoul’s Unification Ministry, which deals with inter-Korean affairs, said Friday her government will consider public opinion before deciding whether to formally propose joint quarantine efforts with the North.

North Korea has virtually suspended all cooperation and diplomatic activities with the South in past months amid a standstill in large nuclear negotiations with the United States, which have faltered over disagreements in easing U.S.-led sanctions against the North in exchange for the North’s disarmament steps.