Who Was Ayman Al-Zawahiri and Why Did the U.S. Kill Him?

An Egyptian, al-Zawahiri was born June 19, 1951, to a comfortable family in a leafy, drowsy Cairo suburb

A U.S. drone strike in Afghanistan this weekend killed Ayman al-Zawahiri, who helped Osama bin Laden plot the Sept. 11, 2001, attacks on the United States and ensured Al Qaeda survived and spread in the years after. President Joe Biden on Monday announced the killing of al-Zawahiri, delivering a significant counterterrorism win just 11 months after American troops left the country.

A look at the Al Qaeda leader, who evaded U.S. capture for 21 years after the suicide airliner attacks that in many ways changed America and its relations with the rest of the world.

WHO WAS AYMAN AL-ZAWAHIRI?

Americans who lived through the 9/11 attacks may not remember al-Zawahiri's name, but many know his face more than two decades on: a man in glasses, slightly smiling, invariably shown in photos by the side of bin Laden as the two arranged the strike on the United States.

An Egyptian, al-Zawahiri was born June 19, 1951, to a comfortable family in a leafy, drowsy Cairo suburb. Religiously observant from boyhood, he immersed himself in a violent branch of a Sunni Islamic revival that sought to replace the governments of Egypt and other Arab nations with a harsh interpretation of Islamic rule.

Al-Zawahiri worked as an eye surgeon as a young adult, but also roamed Central Asia and the Middle East, witnessing Afghans' war against Soviet occupiers in that country, and meeting young Saudi Osama bin Laden and other Arab militants rallying to help Afghanistan expel Soviet troops.

He was one of hundreds of militants captured and tortured in Egyptian prison after Islamic fundamentalists' assassination of President Anwar Sadat in 1981. Biographers say the experience further radicalized him. Seven years later, al-Zawahiri was present when bin Laden founded Al Qaeda.

Al-Zawahiri merged his own Egyptian militant group was Al Qaeda. He brought Al Qaeda the organizational skill and experience — honed underground in Egypt, evading Egyptian intelligence — that allowed Al Qaeda to organize cells of followers and strike around the world. 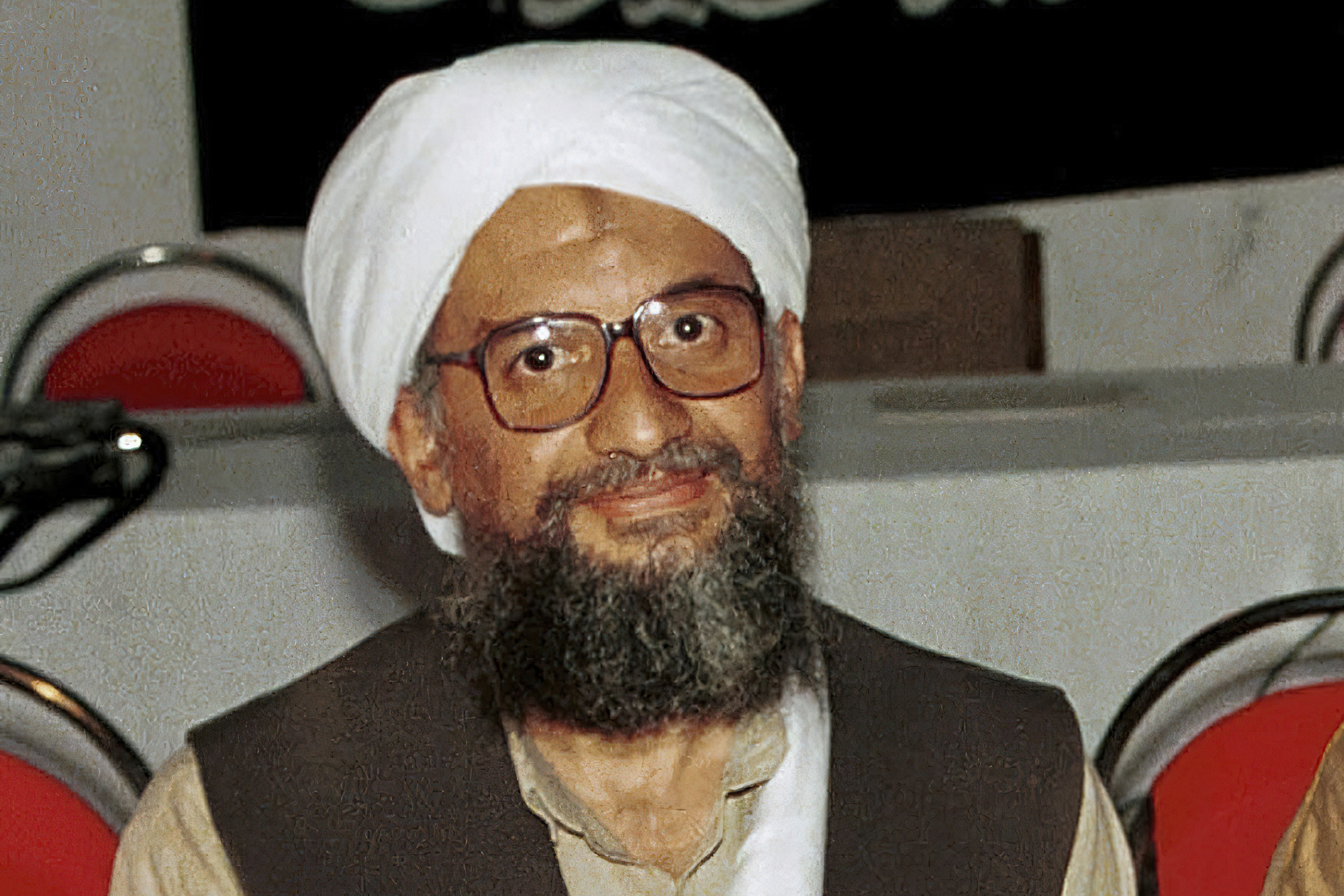 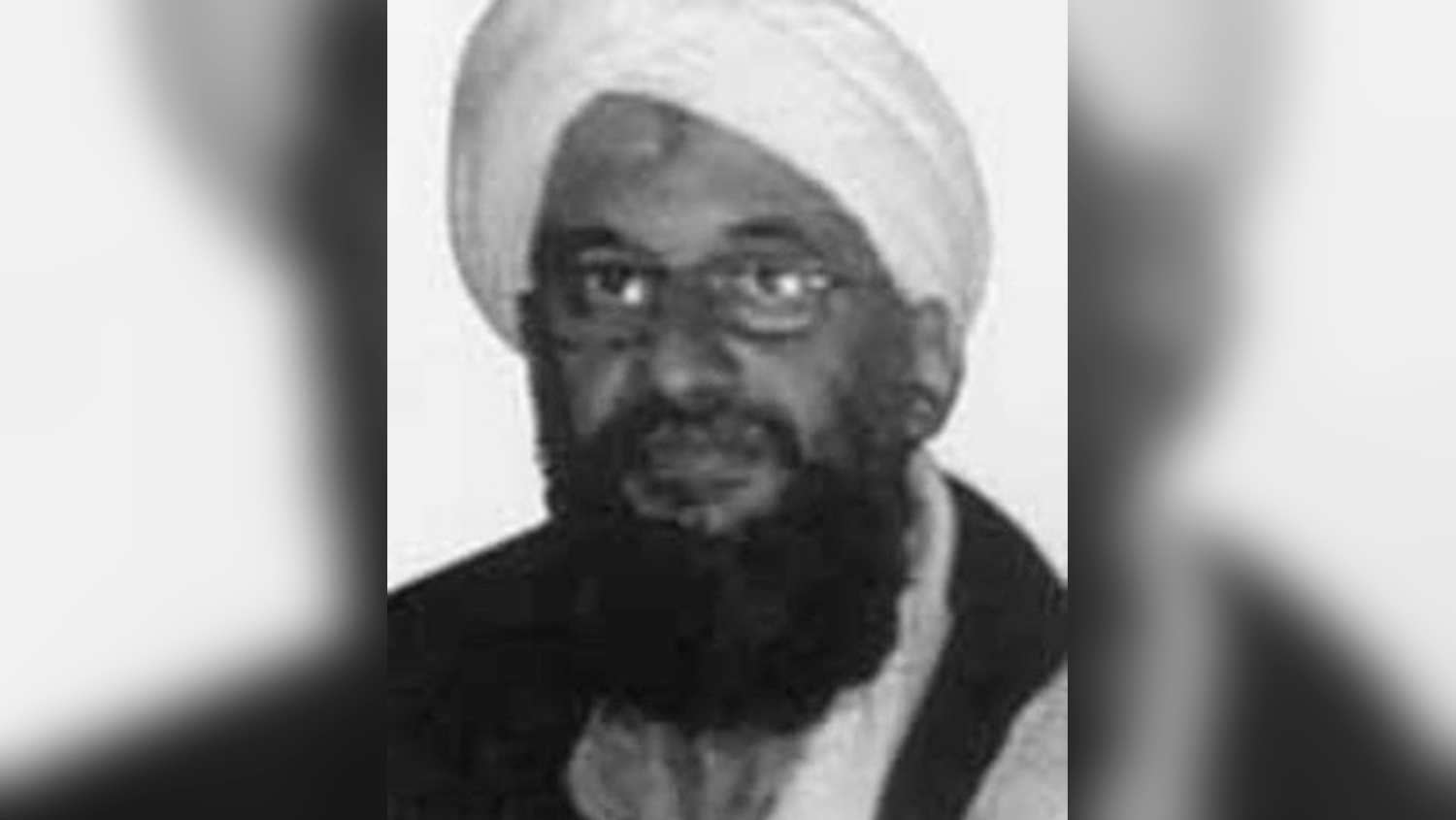 WHY WAS AL-ZAWAHIRI IMPORTANT?

After the years of quietly assembling the suicide attackers, funds and plans for the Sept. 11 attack, Zawahiri ensured that Al Qaeda survived the global manhunt that followed to attack again.

On the run after 9/11, al-Zawahiri rebuilt Al Qaeda leadership in the Afghan-Pakistan border region and was the supreme leader over branches in Iraq, Asia, Yemen and beyond. With a credo of targeting near and far enemies, Al Qaeda after 9/11 carried out years of unrelenting attacks: in Bali, Mombasa, Riyadh, Jakarta, Istanbul, Madrid, London and beyond. Attacks that killed 52 people in London in 2005 were among Al Qaeda's last devastating attacks in the West, as drone strikes, counterterror raids and missiles launched by the U.S. and others killed Al Qaeda-affiliated fighters and shattered parts of the network.

HOW WAS AL-ZAWAHIRI KILLED?

Around sunrise Sunday, Al-Zawahiri came outside on the balcony of a house in Kabul, Afghanistan, and apparently lingered there, as U.S. intelligence had noted he often did. On this day, a U.S. drone fired two Hellfire missiles at the Al Qaeda leader as he stood, according to U.S. officials, speaking on condition of anonymity to discuss the strike.

His presence in Afghanistan had been widely suspected for some time, analysts said. U.S. officials learned this year that Zawahiri's wife and other family members had moved to a safe house in Kabul recently. Zawahiri soon followed, the senior administration officials said.

U.S. officials, joined by top leaders all the way up to, eventually, Biden, spent careful months confirming his identity — and his fateful practice of standing alone on that same balcony — and planned the strike.

WHAT DOES AL-ZAWAHIRI'S KILLING MEAN FOR AL QAEDA?

NBC 7's Dave Summers spoke with a San Diego-based terrorism expert about the impacts of the killing of Al Qaeda leader Ayman al-Zawahiri.

It depends on which Al Qaeda lieutenant succeeds him. And after decades of U.S. and other strikes, that's a pretty thin group. Al Qaeda expert Ali Soufan points to an Egyptian, Saif al-Adl, as one of the candidates to be dreaded by the West, given al-Adl's revered status within Al Qaeda, his experience, and the potential of his charisma to draw back Al Qaeda defectors who've moved to other groups.

But Al Qaeda overall now faces a succession crisis and a shaky future. That includes rivalries against aggressive upstart extremist groups that came into being after 9/11 and also have a presence in Afghanistan.

Charles Lister, another expert in violent extremist networks, wrote after the killing that the nature and spread of conflicts around the Middle East, Africa and South Asia today favor locally focused jihadist organizations rather than globally focused ones.

Al Qaeda's next leader will have to prove his relevance to “self-confident affiliates that have been more willing to push back against a central leadership perceived as detached from the realities of conflicts thousands of miles away,” Lister wrote.

DID THE TALIBAN KNOW AL-ZAWAHIRI WAS IN AFGHANISTAN?

Undoubtedly, U.S. officials said. It wasn't clear Monday how long al-Zawahiri had been in Afghanistan, but his presence there had been widely rumored for some time, said Asfandyar Mir, a Central Asia expert with the U.S. Institute of Peace. Not only that: The house where Al-Zawahiri was living with his family was owned by a top aide to senior Taliban leader Sirajuddin Haqqani, according to a senior U.S. intelligence official.

It could be that someone among the Taliban sold out al-Zawahiri and his family to U.S. or other foreign interests. But the worry after al-Zawahiri's death in the heart of Afghanistan's capital was that the Taliban were allowing armed extremist organizations a home in Afghanistan in the wake of the U.S. withdrawal, as the West had feared.