As lawmakers in Connecticut listen to testimony from residents and local businesses about reducing gun violence here, Newtown Police Chief Michael Kehoe is in Washington, D.C. for a meeting with President Barack Obama as part of his administration's push to address gun violence.

Obama is drawing attention to the worst shootings of 2012 and invited Kehoe, as well as police chiefs from Aurora, Colorado, where 12 were killed in July; and Oak Creek, Wisconsin, where six died in a Sikh temple assault, as well as chiefs and sheriffs from 10 additional departments.

Obama spoke about the executive actions he issued and about coordinating with state and local governments and to do everything possible to improve the issue of gun safety and to make our communities safer, according to statements the White House press office released.

“But, as we've indicated before, the only way that we're going to be able to do everything that needs to be done is with the cooperation of Congress. And that means passing serious laws that restrict the access and availability of assault weapons and magazine clips that aren't necessary for hunters and sportsmen and those responsible gun owners who are out there.  It means that we are serious about universal background checks. It means that we take seriously issues mental health and school safety,” Obama said.

The president said no group is more important to listen to than law enforcement officials.
“And so I welcome this opportunity to work with them; to hear their views in terms of what will make the biggest difference to prevent something like Newtown or Oak Creek from happening again,” Obama said. 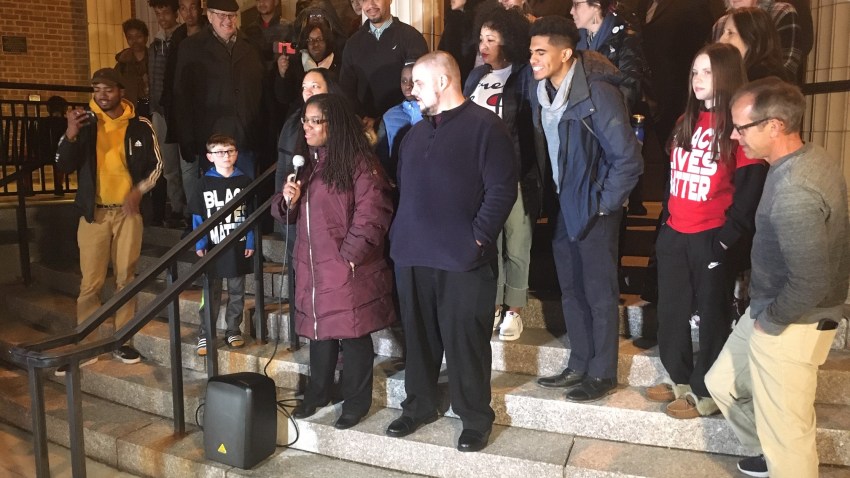 The president said the high-profile mass shootings are not the only concern. Young people are victims of gun violence every single day, he said.

The president thanked the police chiefs for participating.

“This is a representative group. It comes from a wide cross-section of communities across the country.  And hopefully, if law enforcement officials who are dealing with this stuff every single day can come to some basic consensus in terms of steps that we need to take, Congress is going to be paying attention to them and we'll be able to make progress,” the president said.