Democrats' hopes of including a minimum wage increase in their $1.9 trillion COVID-19 relief bill seemed all but dead Monday as the Senate prepared to debate its own version of the House-passed aid package.

Four days after the chamber’s parliamentarian said Senate rules forbid inclusion of a straight-out minimum wage increase in the relief measure, Democrats seemed to have exhausted their most realistic options for quickly salvaging the pay hike. In one decision, they abandoned a potential amendment threatening tax increases on big companies that don't boost workers’ pay to certain levels.

“At this moment, we may not have a path but I hope we can find one” for pushing the federal pay floor to $15 an hour, said No. 2 Senate Democratic leader Richard Durbin of Illinois.

Senate Democrats hope to unveil their version of the broad relief package and begin debate as early as Wednesday. Congressional leaders want to send President Joe Biden the legislation combating the pandemic and bolstering the economy by March 14, the date emergency jobless benefits that lawmakers approved in December expire.

The overall relief bill is Biden’s biggest early legislative priority. It looms as an initial test of his ability to unite Democrats in the Senate — where the party has no votes to spare — and risks lasting damage to his influence should he fail. Republicans are strongly against the legislation and could well oppose it unanimously, as House GOP lawmakers did when that chamber approved the bill early Saturday.

The measure would provide $1,400 payments to individuals plus hundreds of billions of dollars for schools and colleges, COVID-19 vaccines and testing, mass transit systems, renters and small businesses. It also has money for child care, tax breaks for families with children and assistance for states willing to expand Medicaid coverage for low-income residents.

Senate Budget Committee Chairman Bernie Sanders, I-Vt., said he wanted Democrats to ignore the parliamentarian's ruling blocking the minimum wage increase. He also wants them to vote to eliminate filibusters — procedural delays that would take an unachievable 60 votes for Democrats to prevail.

Neither idea seemed to have the support among Democrats or the White House needed to succeed. But Sanders, the Senate's lead sponsor of the hike to $15, said he'd force a vote on an amendment restoring the minimum wage increase anyway.

“This is the soul of the Democratic Party,” he said of the proposal. In an acknowledgement that his effort might fall short, he said, “If we fail in this legislation, I will be back” and offer it in the near future.

The Senate is divided 50-50 between the parties with Vice President Kamala Harris able to cast only tie-breaking votes. Democrats are employing a seldom-used procedure for the COVID-19 relief bill that will shield the measure from filibusters.

Biden discussed the relief bill Monday in a virtual meeting with nine Senate Democrats, including Joe Manchin of West Virginia, an opponent of the $15 hourly target. A White House statement said the group was “united in the goal of quickly passing a significant package that reflects the scope of the challenges our country is facing.” 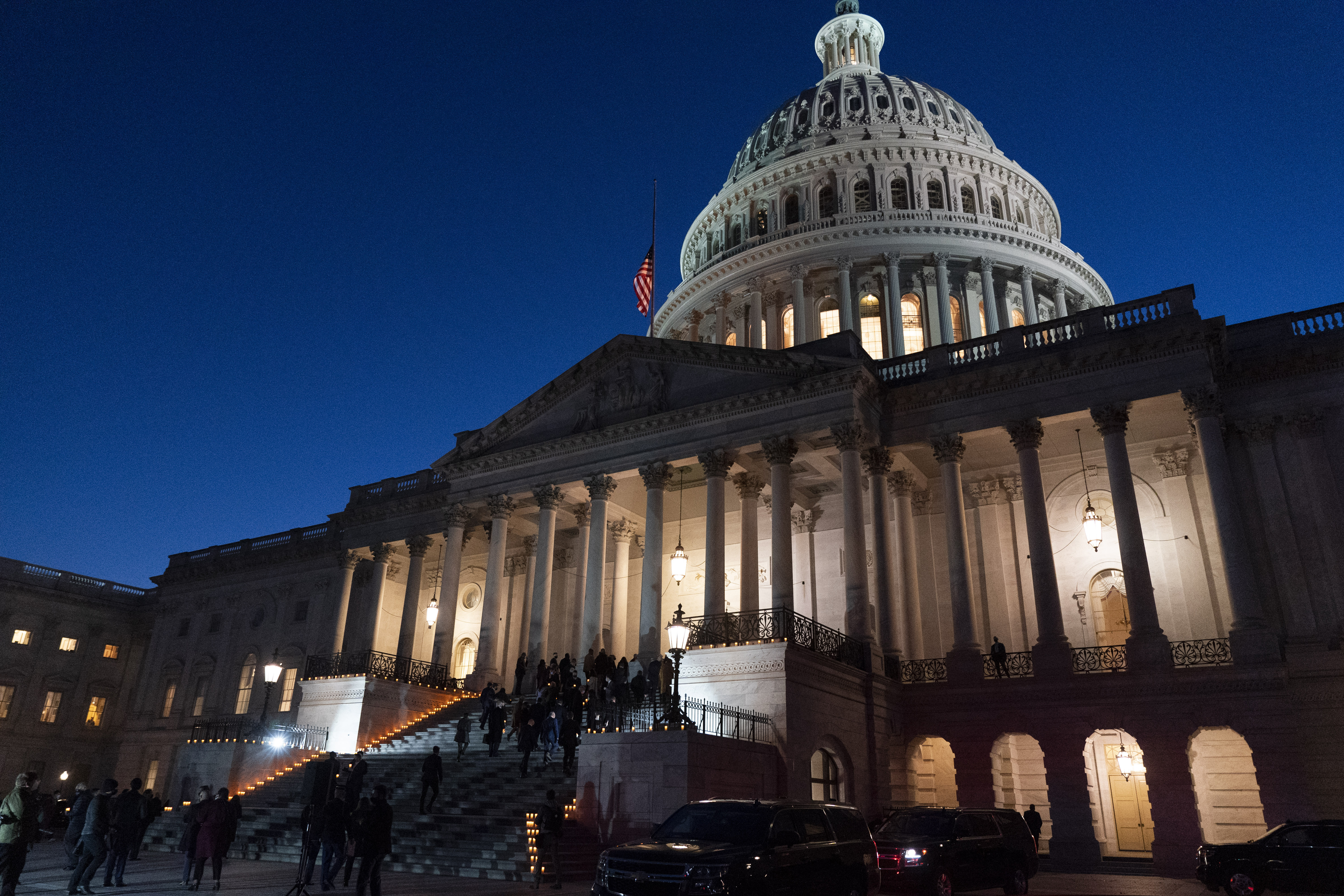 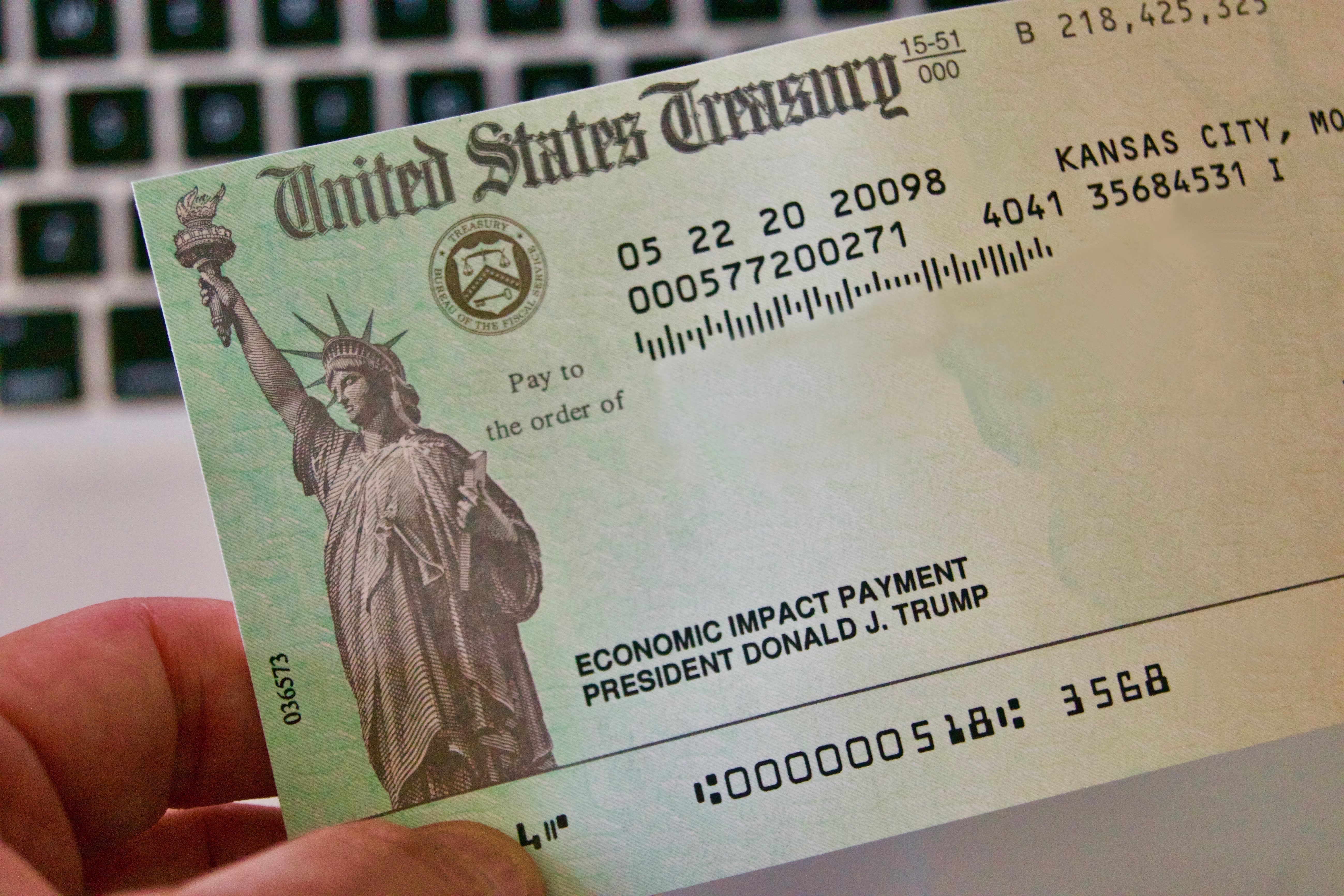 Here's Who Qualifies for a $1,400 Stimulus Payment Under the American Rescue Plan

Democrats, who will need unanimity to pass the legislation, are pushing for several changes in the House measure.

Manchin told reporters he wants the bill’s emergency unemployment benefits, set at $400 weekly by the House, to revert to the current $300 figure enacted in December. That is certain to be divisive and draw strong opposition from progressives.

He and Sen. Jon Tester, D-Mont., also said they want spending to be better “targeted,” which Manchin said meant “helping the people that need help the most.” Republicans have said the legislation is too costly and spends money needlessly.

The parliamentarian ruled Monday that some House-approved provisions, which would provide billions to help some struggling pension plans and to help people who’ve lost jobs afford health insurance, could stay in the bill, according to Senate Finance Committee Chairman Ron Wyden, D-Ore.

The federal minimum wage is just $7.25 per hour. And President Trump and Joe Biden agree on one thing — that’s not a lot of money to live on. But they don’t agree on what to do about it. You think you know which side you support? It’s more complicated than you think.

The House-approved minimum wage language would gradually raise the federal floor to $15 an hour by 2025, more than double the $7.25 in place since 2009.

After the parliamentarian said that provision would have to be deleted, Sanders and Wyden said they were working on plans to increase taxes on large corporations that don't meet certain levels for workers' pay.

But that plan was dropped, Democrats said Monday, with Sanders saying the proposal would have been too easy for employers to evade. It was always questionable whether pressuring companies with tax increases would have won enough Democratic support to survive, and the idea would have affected only a fraction of workers paid the minimum wage.

Raising the minimum wage has broad support among Democrats. But while it’s embraced passionately by the party’s progressives, at least two Senate moderates — Manchin and Kyrsten Sinema of Arizona — have voiced opposition to including it in the broader relief measure, wounding its prospects and fostering tensions within the party.

Democrats must now decide “how we do minimum wage as part of another piece of legislation or on its own,” said Sen. Richard Blumenthal of Connecticut.

While eliminating filibusters or overruling the parliamentarian has strong support among progressives, the ideas lack appeal to moderates. They are wary of erasing procedures that the party has used in the past, and could use again, to protect its priorities when it is in the minority.

Among those who've long supported retaining the filibuster is Biden, who served nearly four decades in the Senate.

“The president’s view on the filibuster is well known. He has not changed that point of view," White House press secretary Jen Psaki said pointedly Monday.