The Huskies move on to face Notre Dame in the Big East Tournament final.

The Huskies will play No. 3 Notre Dame in the championship game Tuesday night. The Irish routed West Virginia 73-45 in the first semifinal. The teams have met five times in the title game and UConn has come out on top each time.

Connecticut (28-4) gained a measure of revenge on the Red Storm on Monday night. St. John's ended UConn's 99-game home winning streak when the two teams played on Feb. 18. That victory also propelled the Red Storm (22-9) into the Top 25 two days later and they've been climbing the rankings ever since. They reached their highest ever on Monday when the jumped up five spots to 13th. 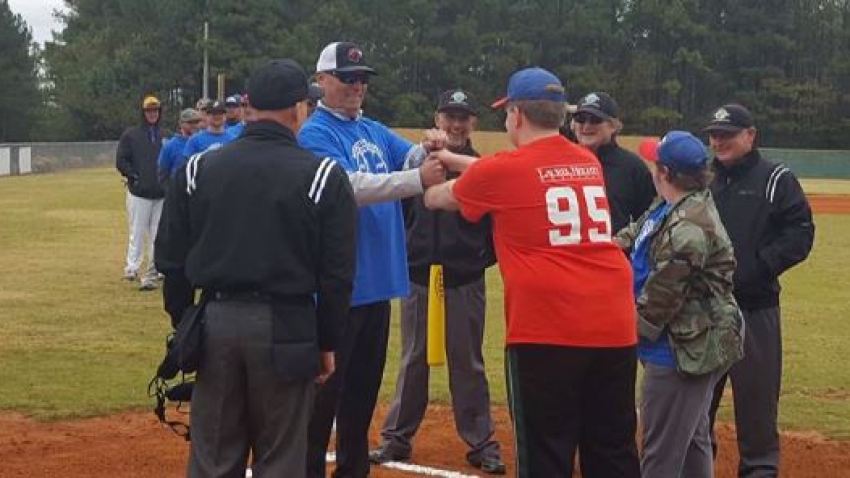 The win was the 799th of coach Geno Auriemma's Hall of Fame career.

UConn jumped all over St. John's, scoring the game's first seven points. The Red Storm got within 13-8, but then the Huskies quickly erased any hopes of a second victory in Connecticut for St. John's by outscoring them 23-6 run over the next 10 minutes. Dolson and Bria Hartley combined for 13 points during the burst.

The Huskies led 38-18 at the half and Dolson extended the advantage to 24, scoring the first six points of the second half. She only had six points in the earlier meeting between the teams.

After Dolson's two free throws made it 42-18 and St. John's couldn't get any closer the rest of the way.

Despite the loss, it was a breakthrough season for the Red Storm. They won 14 of their previous 16 games under Big East coach of the year Kim Barnes Arico.

The Red Storm finished second in the conference and that forced the Huskies to wear their road blue uniforms in Hartford for the first time since 2005 when they were also a three seed in the Big East tournament. Still the XL Center had a home feel for UConn, which dressed in their normal locker room and had most of the crowd of 8,731 cheering on every one of their baskets.

UConn is one victory away from continuing its 18-year run of winning either the Big East regular season or tournament title. The last time the Huskies were a three seed in 2005, they won the tournament crown.

To keep that streak alive, they will have to figure out a way to beat the Irish, who have a rare three-game winning streak against UConn. The Irish beat them in the national semifinals last season before sweeping them this year en route to their first outright Big East title.