Adele gave fans the sneak peek of a lifetime!

The 33-year-old singer shared an exclusive clip of her upcoming single “Easy on Me” with fans during an Instagram Live on Saturday. Though it took Adele a few minutes to get used to the functionality of Instagram Live, the singer made it well worth it for fans who turned in.

At one point during the live, the singer played a short snippet of the highly-anticipated first single off of her new album.

“There ain’t no gold in this river that I’ve been washing my hands in forever,” Adele sang in the song. “And there is hope in these waters, but I can’t bring myself to swim when I am drowning in this silence, baby let me in. Go easy…”

She cut the song off abruptly, telling fans tuned into her Instagram Live, “That’s it. That’s all I’m going to play.”

She then goes back to look through some of the comments and questions she received, beginning to scroll through her phone before she says, “Oh, my phone’s already buzzing. I’m getting in trouble!”

Also on the Instagram Live, which was seemingly the first time Adele had ever gonna live on the social media platform, she answered questions from fans between trying to figure out how to let people join. (Spoiler alert: she never figured that out.)

On her favorite drink at brunch, she said an "Aperol spritz," though she is "cutting out drinking" with the upcoming album due out soon.

Tea or coffee? She answered, "Even though I'm drinking coffee right now, it's tea." 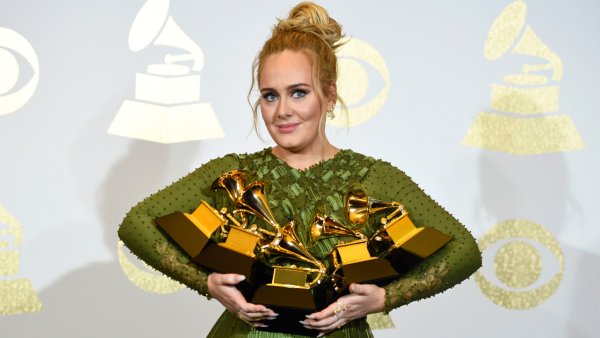 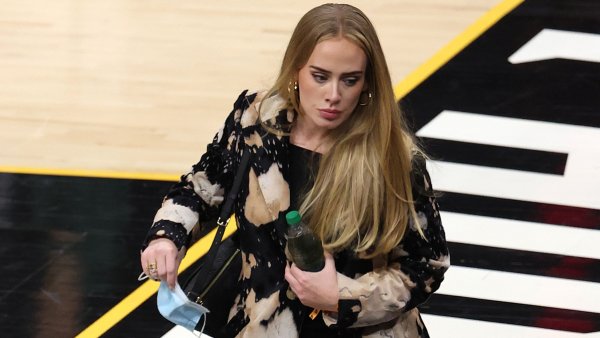 And for her preference on how she likes her makeup done, she said, "I slap it on and run, but I am lucky enough to have someone do my makeup professionally for me."

Other celebs were among the approximate 100,000 people following along the hilarious live. Some of the famous names include Troye Sivan, Ben Platt and Alicia Keys.

When does 'Easy on Me' come out?

After weeks of speculation, the Grammy-winning singer shared the teaser for her first single since 2016 on her social media.

Adele announced on Twitter and Instagram on Tuesday, October 5 that her new single “Easy on Me” was coming out on October 15. Alongside the announcement she shared a teaser for her first single since 2016. The singer shared a black-and-white video to accompany the short snippet of the song, playing just the instrumental piano introduction to the single while she appeared to drive down an empty road after popping in a cassette tape.

Ahead of the single’s release, Adele appeared on the November 2021 covers of both American and British Vogue. In her first interview in five years, the singer opened up to Vogue about her weight loss journey, her new boyfriend, Rich Paul, and how her divorce to ex-husband Simon Konecki affected their son, Angelo.

When Angelo was just 6 years old, Adele had an emotional exchange with him that changed the trajectory of their mother-son relationship and encouraged her to be more transparent and honest with him.

That conversation also sparked inspiration for Adele’s songwriting and journey to creating her fourth studio album. The day after he had told his mother that he couldn’t “see her,” she wrote a song for him, and after that, more songs followed.

Adele explained that her new album was her away of talking to Angelo about the changes happening to their family after the divorce and hopes that he’ll understand the songs when he’s a bit older.