Ed. Note: The original version of this story incorrectly referred to John Patton as the president of the J.J. Mottes company. He is, in fact, a spokesperson.

Basement walls are crumbling across a section of eastern Connecticut and few seem to know why.

The issue has plagued some homeowners for nearly 20 years.

According to contractors and building officials from South Windsor to Willington, the only fix is for the foundation walls to be removed and re-poured. In each known case, insurance companies immediately deny the coverage claim.

Donald Childree, a general contractor from South Windsor, says he’s been in up to 75 different homes with the issue. He says it begins with hairline horizontal cracks, often more than 15 years after the foundation is originally placed. In time, map cracking develops, with some cracks big enough to fit a hand in.

Dozens of affected homeowners, contractors and building officials claim all of the failed foundations were poured between the early 1980s through 1998 by J.J. Mottes Company, a concrete and septic supplier out of Stafford Springs. 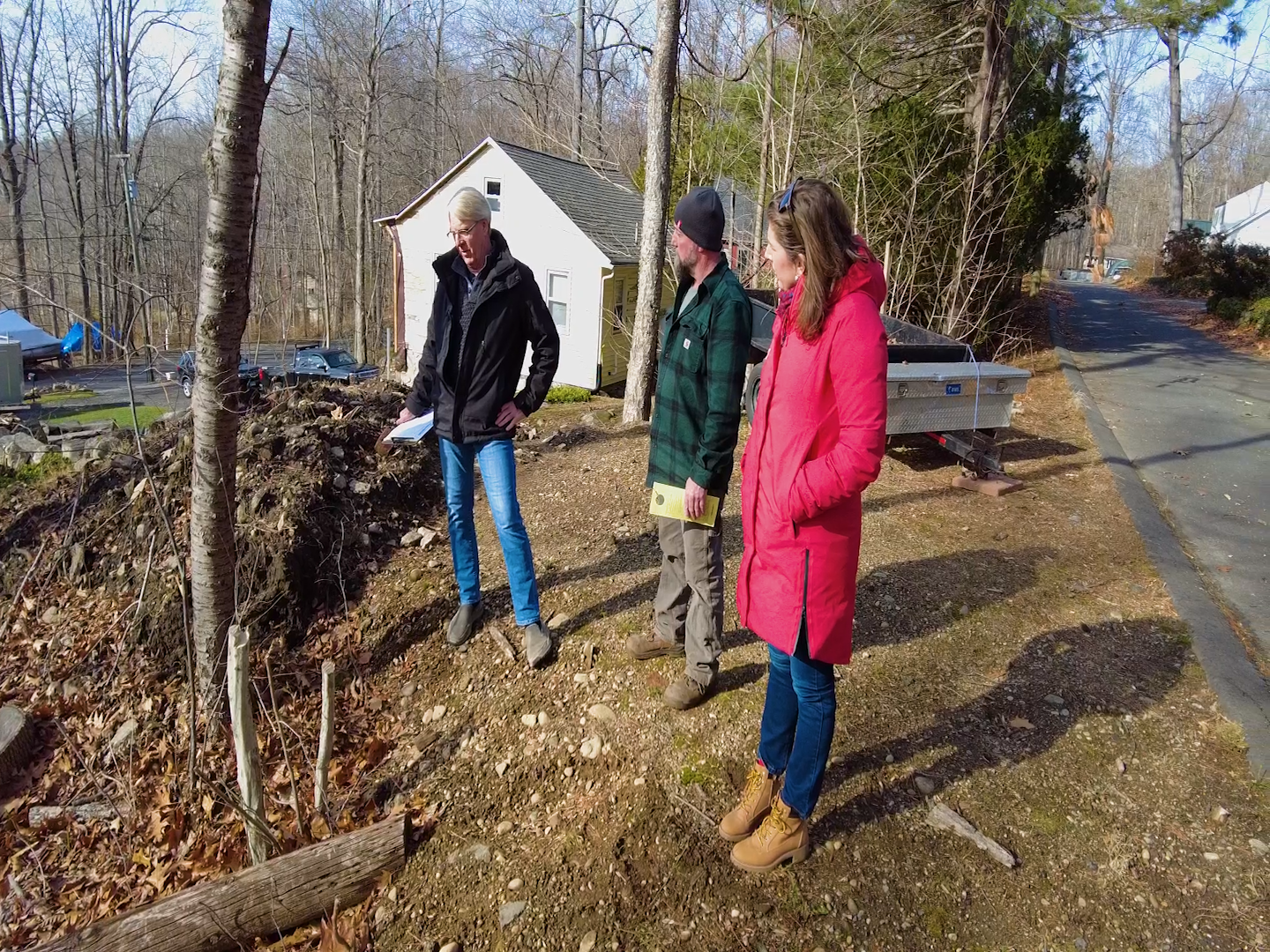 Dean Soucy is a general contractor out of Tolland. He says he’s received a "call or two per week" over the last several years from homeowners with the same issue.

He says each foundation he’s seen with the similar, distinct cracking was poured by J.J. Mottes Company in the '80s or '90s.

"This is like an epidemic as far as the housing industry is concerned," said Soucy, as he brought the NBC Connecticut Troubleshooters through the basement of an affected home in Ellington.

Joseph Callahan, chief building official in Coventry, says all of the issues he’s seen in his 26 years of working in Coventry and Manchester were from J.J. Mottes concrete.

"I’ve never encountered anybody who had a foundation failure with anyone else’s concrete," said Callahan.

Towns don’t require permits for concrete foundations, but dozens of affected homeowners say it was J.J. Mottes Company who poured their concrete.

According to its website, J.J. Mottes Company was created in 1947.

In a statement, J.J. Mottes Company spokesperson John Patton did not comment on any issues prior to 1998, the year he purchased the company from in-laws.

"The current ownership of the Joseph J. Mottes Company has been in place for 15 years. During this time, it has produced ready mix concrete for approximately 10,000 different residential, commercial, municipal and state jobs. We are aware of no project, not one, that has had the recently discovered phenomenon of pyrrhotite reaction and we have not been notified by either state regulators or industry sources of this alleged problem.

"We produce our concrete using sand, water, granite stone, Type I/II cement and standard industrial admixtures and use the exact same materials for our residential, commercial, and government work - the latter two of which are rigorously tested and inspected prior to and during installation. We have and continue to meet all of the standards of our industry and the regulations of the State of Connecticut.

"There are many factors that go into producing a good concrete product. Quality concrete mix handled improperly in the installation process or installed in unfavorable site conditions can result in a poor quality foundation.

"We have begun working with our managers, geologists and testing labs to review our manufacturing methods and materials to eliminate even the slightest possibility of this problem occurring with our Ready-Mix concrete. We are confident that the products we are producing today will continue to meet the needs of the surrounding region."

The statement does not address the alleged issues of foundations poured from the early 1980s to 1998, and contractors say the issues often take longer than 15 years for the concrete to show signs of failure.

What’s causing the issue has mystified homeowners, contractors and the state for close to 20 years, but Donald Childree believes he has the answer. He says an iron sulfide mineral called pyrrhotite is to blame.

Research suggests the effects of pyrrhotite in stone used as concrete aggregate could be catastrophic. Over time, water and air oxidize the pyrrhotite, creating a chemical reaction. This causes the concrete to swell and expand, leading to the cracking, and eventually raising the home from the foundation.

In one region of Quebec, Canada, the government set up an emergency fund to pay for hundreds of homes with crumbling basements affected by pyrrhotite in the concrete.

pyrrhotite is pretty rare in Connecticut, but according the U.S. Geological Survey, it is found in Willington at Becker’s Quarry. Becker’s Quarry is owned by the family that owns J.J. Mottes Company. The company confirmed the quarry is where J.J. Mottes has obtained stone used in their concrete aggregate for decades.

We cannot determine whether or not the mineral was present in all the failed basement walls because most were not tested, and settlements of litigation with their insurers prevent homeowners from disclosing the findings.

Linda Tofolowsky, formerly of Tolland, says she was the first homeowner to notice the intense cracks on her basement walls, a little over 10 years after they moved into a home on Kent Road South in 1985. She says her insurance company denied her claim. Tofolowsky says she tried to seek help from the town and the state, and eventually the courts.

The Tofolowskys took J.J. Mottes Company to court, alleging claims for product liability. In 2003, the company was found not liable for installing faulty concrete based on strength testing and a finding that the problems with the foundation were caused by the installer rather than a defect in concrete.

However, we found no record that the concrete from the Tofolowskys' home was tested for pyrrhotite. The court also found the Tofolowskys' claim fell outside the 10-year statute of limitations.

Walter Zaldwy built his home in 1988 in Willington. He says J.J. Mottes supplied the concrete for his foundation. He never questioned why his insurance company sent him a notice in 2008 stating his foundation would no longer be covered – until he started noticing the spider cracks on his walls growing within the last year.

"Looking back, I’m wondering, how did they get this information to decide they weren’t covering basement foundations anymore?" Zaldwy said.

Zaldwy now must decide if he can afford to pay the hefty cost of replacing the foundation or just walk away from his biggest investment.

"I spent a good part of my life trying to work and to achieve the American dream by owning the home to have it fall out from underneath me," he said.

There is some hope for homeowners. While still denying claims, insurance companies are starting to settle with some homeowners, but it often only after a long legal battle.

Ed. Note: As the Troubleshooters have reported on this issue over the past year and a half, the Joseph J. Mottes Company (JJ Mottes) has evolved its response.  Click on this link to see the company’s most recent full statement to NBC Connecticut and its response to the State of Connecticut.