From Stimulus Checks to Pandemic Busts: How Investors Will Gauge Earnings in the Quarters Ahead

In a typical earnings season, the rules of the game for investors can be relatively simple: Rising profits and strong year-over-year sales growth signal success. 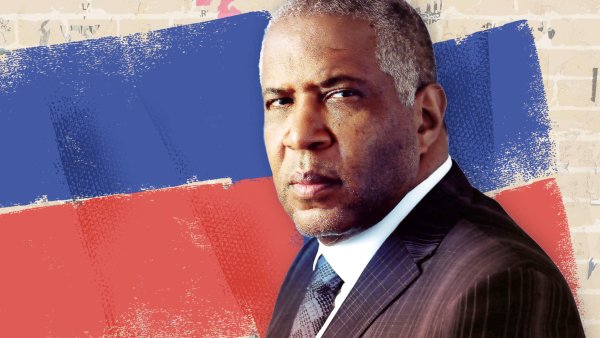 Vista Equity Considers Sale of Tibco, Which It Bought for $4.3 Billion in 2014, Sources Say

This Is the ‘Power Nutrient' That Can Help You Live a Longer Life, Says Dietitian—But 95% of Americans Don't Eat Enough of It

That formula won't work in the coming quarters.

Some companies, including Walmart and Dollar General, have begun to lap challenging year-over-year comparisons. That means sales growth and e-commerce gains may look disappointing when compared with soaring numbers during the height of the pandemic. Others, like clothing retailers such as Macy's and Kohl's, major airlines such as Delta Air Lines and hotel chains such as Wyndham, are poised for growth that will look eye-popping when compared with a time when malls were shuttered and travel ground to a near halt.

Once again, investors will navigate uncharted waters because of the pandemic. They will have to suss out the significance of companies' quarterly performances, as the way that people lived, worked and spent money a year ago skews the numbers. And they will have to filter out factors that may better reflect unusual times rather than lasting demand, such as shopping sprees fueled by stimulus checks and a reopening economy.

"Welcome to the upside-down world," said Jharonne Martis, director of consumer research at Refinitiv. "We have never had a comparable period. What's good doesn't mean it's good. And what's negative could actually mean they [the companies] did well."

Investors are eager to see how companies are faring in the recovery. The question is: compared with what?

Some pandemic beneficiaries, such as Dollar General and Kroger, are sharing a new metric: A two-year stack, which blends together comparable sales for last year and this year. Comparable sales, also called same-store sales, is an industry term that measures year-over-year growth excluding locations that are newly opened or under renovation.

Dollar General, for example, had higher-than-usual same-store sales growth during the pandemic, but expects some of that to fade as consumers can spend their dollars more freely. For example, some shoppers went to its stores and filled up bigger baskets because safety concerns had them looking to make one stop or competitors were temporarily closed.

Chief Financial Officer John Garratt said during an earnings call that the discounter anticipates same-store sales will decline by between 4% and 6% year over year. Looking over two years, however, that same performance looks better: Dollar General said it anticipates growth of about 10% to 12% in same-store sales on a two-year stack basis.

Airlines have tried a different tack, providing a mix of comparisons to both 2019 and 2020 in earnings reports, depending on the data point. Delta Air Lines attributed its approach to the "drastic and unprecedented impact of the pandemic."

"A comparison of our results in 2021 to 2019 allows for an understanding of the full impact of the COVID-19 pandemic and the progress of our recovery," the airline said.

The pandemic devastated the travel industry perhaps more than any other, and U.S. airlines lost more than $35 billion combined in 2020. The number of passengers tumbled by more than 60% to about 370 million people, the lowest number since 1984, and airlines reduced operations in response.

Air travel demand has bounced back from the depths of the pandemic as more people are vaccinated, governments lift travel restrictions and more tourist attractions open, but it is still far off pre-pandemic levels, as people largely continue to skip business and long-haul international trips.

The Transportation Security Administration screened an average of 1.4 million people in April through Wednesday. That's more than 13 times the 103,000 people it screened a year ago, as the U.S. first shut down, but it's down 35% from the same period of 2019.

Savanthi Syth, an airline analyst at Raymond James, said she is comparing results and guidance to 2019 but will go back to year-over-year comparisons next year. In a research note, she said comparing this year to 2019 "gives you an idea of how 2021 compares to 'normal.'"

Coca-Cola and CarMax have compared their numbers with pre-pandemic numbers as well. Coke emphasized on its earnings call this week that its global unit case volume in March had bounced back to 2019 levels, even as total first-quarter demand was still below levels seen before the health crisis as Europe and North America recover.

For instance, he said, CarMax's locations in California significantly underperformed the rest of the company as the state's requirement for lower occupancy limited customer foot traffic — and ultimately, sales.

As companies dug out from the global financial crisis in 2010, there were unusually large growth rates, said John Butters, senior earnings analyst for FactSet. Just as they did then, he said, investors will have to "keep the growth rate in context."

"Earnings are improving but you're comparing against a very weak base, and that's why some of these numbers are much larger than we usually see," he said.

After the pandemic, however, there will be distinct groups: Companies that see a sharp rebound from extremely depressed sales and companies that see sales growth level off or decline when pandemic tailwinds fade, and perhaps, a third group: ones that can sustain momentum.

Refinitiv's Martis pointed to two examples that capture that "upside-down" dynamic. Delta's growth rate for revenue is expected to more than quadruple in the fiscal second quarter when compared with a year prior, according to Refinitiv. However, its estimated revenue for the quarter is $6.22 billion — less than half of the $12.54 billion that it reported during that same quarter in 2019 before the pandemic.

On the other hand, Walmart's growth rate for revenue is expected to decline by 2.2% year over year in the fiscal first quarter — a drop that would usually signal weakness and cause concern. Yet its estimated revenue of $131.66 billion is projected to be stronger than its pre-pandemic revenue of $123.93 billion during the same quarter in 2019.

"It's kind of masking the dramatic changes we're seeing in percentage changes. It's smoothing it out," she said. "But it really doesn't make it comparable to previous times."

Martis and Butters both said their financial data firms will instead try to explain what the numbers mean — and how to take steep jumps or drop-offs with a grain of salt.

She said she sees 2021 as a transition year. She said she anticipates consumer patterns will evolve rather than snap back, as people gradually get vaccines, get comfortable trying on clothes again in fitting rooms or see the need to buy new pairs of shoes or work outfits. It may take until early next year for companies and investors to see more predictable patterns, she said.

For many, the most jarring pandemic comparisons won't kick in until the second quarter, said Matt Miskin, co-chief investment strategist at John Hancock Investment Management. The first calendar quarter captured only a week or two of stay-at-home behaviors.

Initially, he said, the comparisons will make some companies that had a huge downward dip during the pandemic look good — only to potentially bite them as spending patterns settle into some kind of normal. For stay-at-home companies, that will hit first. It could hit again for those who see a spending spree in 2021 that cools off in 2022.

"The comps are going to go from your best friend to your worst enemy," he said.

Other data points will be telling, too, Refinitiv's Martis said. Among them, she said is e-commerce growth. She will watch to see how retailers hold on to recent gains. She said she will also pay attention to companies' margins to see how much money each can make. That will reveal whether discounts were needed to move merchandise and if the retailers have learned to efficiently juggle brick-and-mortar and online businesses.

Butters of FactSet said it will be helpful to have many companies providing forecasts again — something that largely stopped last year. The guidance and analysts' estimates provide helpful reference points, he said, and it remains a positive sign if companies can outpace these benchmarks.

Yet more so than in the past, judging a company's strength or weakness will be a "very company-specific exercise," said Zack Fadem, a senior equity analyst for Wells Fargo. The backdrop for industries varies, he said. Some companies happen to be in hot sectors — like home improvement retailers that will continue to benefit from the real estate market even if pandemic-fueled "nesting" recedes. For those, he said the "wall of worry" about comparable numbers could get pushed to next year.

Plus, he said, consumer spending could rise across the board as Americans deploy money they stashed in savings or got from the government. He said if the overall pie grows, it's important to compare a company to its competitors and see if its market share grows or shrinks.

"With the benefits of stimulus and strong consumers, you've got other noise to comb through to determine if the business got better or worse," he said.