What to Watch Today: Stock Futures Drop as S&P 500 Still Tracks for Best Week Since November 2020

U.S. stock futures dropped Friday as the S&P 500 was tracking to break a two-week losing streak and pacing for its best weekly performance since November 2020. With the Federal Reserve's first interest rate hike since 2018 out of the way, the Dow on Thursday logged a four-session winning streak. (CNBC)

The Dow was set to break five straight losing weeks, also with its best weekly gain since November 2020. The S&P 500 and Nasdaq on Thursday each climbed for three straight sessions. The Nasdaq was on track to rise for the first week in the past three, with its best weekly performance since February 2021. (CNBC)

St. Louis Fed President James Bullard said Friday he would like to see the equivalent of 12 rate hikes this year to fight soaring inflation. The 10-year Treasury yield dipped Friday but remained at nearly 2.14%. The benchmark yield on Wednesday jumped to May 2019 highs of 2.24% immediately after the Fed's rate rise and signals of six more rate increases this year. (CNBC)

West Texas Intermediate crude, a source of higher prices, rose 1% on Friday, one day after a more than 8% advance as Russia's war with Ukraine continued. However, U.S. oil prices were headed for a second straight negative week, with their worst weekly loss since November 2021. (CNBC)

Shares of GameStop fell roughly 9% in premarket trading Friday, the morning after the video game retailer swung to an unexpected loss in the holiday quarter due to supply chain challenges. GameStop declined to offer any forward guidance. The company plans to launch a marketplace for nonfungible tokens by the end of the second quarter. (CNBC)

U.S. President Joe Biden and Chinese President Xi Jinping on Friday are scheduled to speak at 9 a.m. ET, marking first contact between the two leaders since Russia invaded Ukraine in late February. Much of Chinese state media coverage has focused on negotiations between Moscow and Kyiv, without describing the conflict as an invasion or war, while blaming the U.S. for "fueling" the tensions. (CNBC) 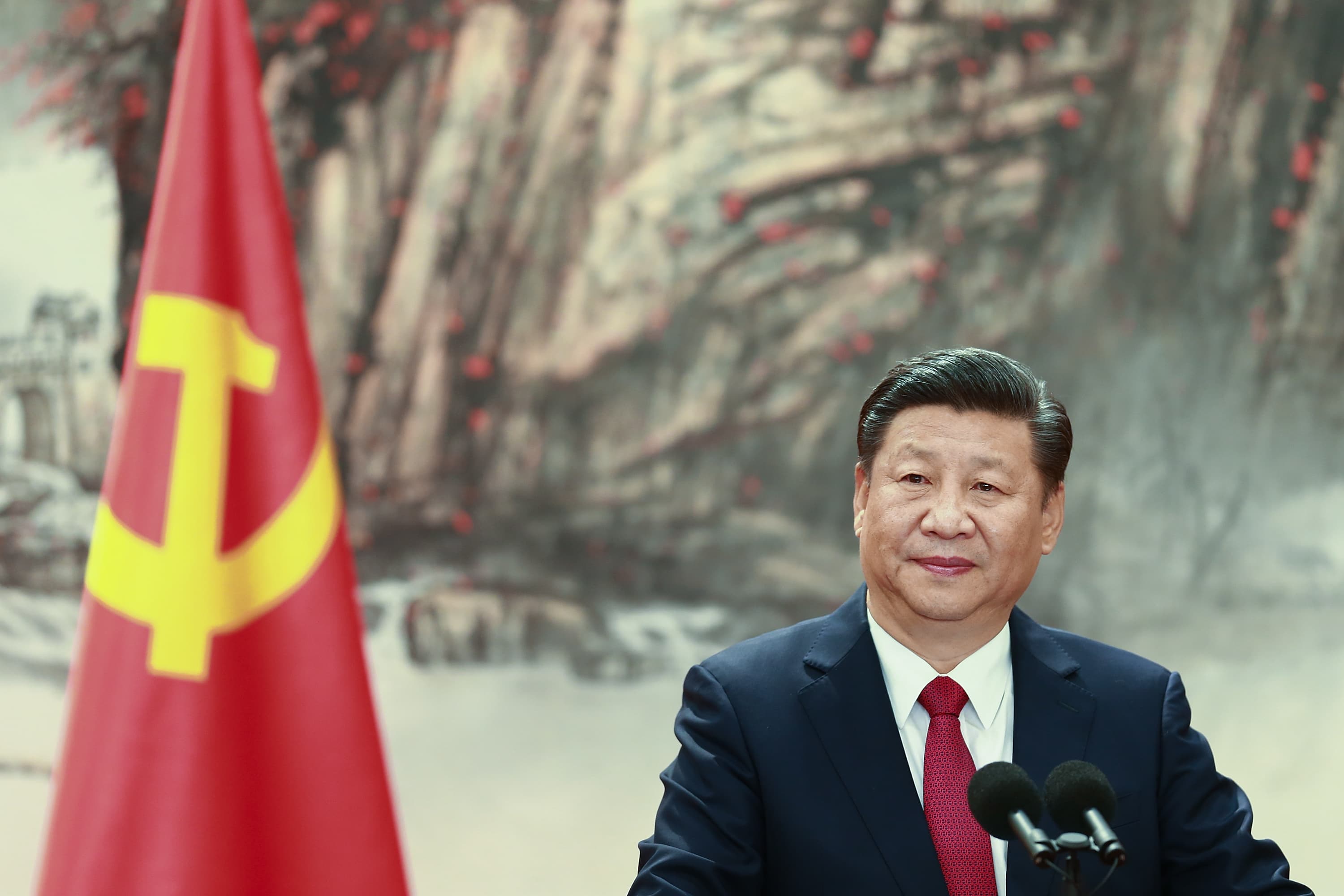 Russian forces pressed their assault on Ukrainian cities Friday, with new missile strikes and shelling of Kyiv and the outskirts of the western city of Lviv. Ukrainian President Volodymyr Zelenskyy early Friday thanked Biden for additional military aid but declined to specify how the funds would be used. Both Ukraine and Russia this week reported some progress in negotiations. (AP)

Burger King, while moving to divest its 15% stake in its Russian business, said it can't legally suspend operations there right away. Burger King entered Russia through a joint venture with businessman Alexander Kolobov, Investment Capital Ukraine and VTB Capital, which has been hit by U.S. sanctions. (CNBC)

Moderna (MRNA) on Thursday asked the FDA to authorize a fourth shot of its Covid vaccine as a booster dose for all adults. The request is broader than rival pharmaceutical company Pfizer's (PFE) request earlier this week for the regulator to approve a booster shot for all seniors. (AP)

American Airlines (AAL) said Thursday it will resume sales of alcoholic beverages on domestic and short-haul international flights next month, a plan it delayed almost a year ago because of a surge in unruly passengers and attacks on crew members, largely attributed to disagreements about Covid mandates. (CNBC)

Senior leaders across Disney's (DIS) creative studios have expressed their frustration to CEO Bob Chapek about his handling of "Don't Say Gay" legislation in Florida, people familiar with the matter told CNBC. Chapek and Disney faced pressure for not coming out earlier in opposition to the so-called Parental Rights in Education bill.

FedEx (FDX) earned an adjusted $4.59 per share for its latest quarter, missing estimates by 5 cents, though the delivery service's revenue beat analyst forecasts. FedEx's bottom line was impacted by worker shortages stemming from the Covid omicron variant outbreak during the quarter. FedEx lost 3% in the premarket.

Boeing (BA) is in talks with Delta Air Lines (DAL) for a 737 MAX 10 jet order of up to 100 aircraft, according to people familiar with the matter who spoke to Reuters.

Joann (JOAN) tumbled 8.3% in the premarket after it missed quarterly sales expectations and noted a $60 million increase in ocean freight costs for 2021. The crafts retailer said the freight increase was among a number of significant supply chain headwinds and disruptions.

Wingstop (WING) fell more than 4.5% in premarket trading after a double downgrade by Piper Sandler to "underweight" from "overweight." Piper said it'll be more difficult for the company to keep a premium valuation during a restaurant industry expansion cycle as higher expenses hit earnings.

Rent The Runway (RENT) rallied 4% in premarket action after Jefferies began coverage with a "buy" rating. The firm said the fashion rental company's extensive offerings and high barrier to entry are among the factors that will drive top-line growth of as much as 50%.

The Saint Peter's Peacocks, a 15 seed, bounced storied No. 2-seed Kentucky from the NCAA Tournament on Thursday night. The tiny Jesuit school from Jersey City beat the Wildcats 85-79 in overtime. Saint Peter's faces either Murray State or San Francisco in Saturday's second round in the East Region. (AP)