People in Guilford don't have to worry about paying the plastic bag tax any longer.

As of New Year’s Day the town has banned the use of those single-use bags at businesses.

“It's great. It's the best thing that could happen,” said Tom Finnegan of Guilford.

Finnegan and other shoppers are supporting Guilford's new ban on single-use plastic bags at stores. 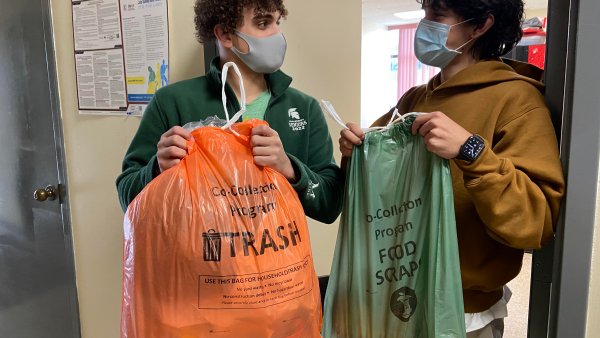 “I think it's a good change considering the huge waste stream that's created by them. It seems like a really good idea,” said Tom Doyle of Guilford.

“It doesn't affect us at all. We usually use the bags that you can buy now,” said Corey Watford of Gales Ferry.

Customers now need to remember to bring reusable bags or they can buy paper bags for 10 cents.

On Wednesday the bag ordinance went into effect after being pushed by several community groups for more than a year.

“Today is an exciting day.  I think it's really nice we're starting to see as a community our small steps are leading to a bigger change,” said Daniela Balzano, who founded Plastic Free Guilford.

Balzano is glad others now share her concern about the effect of plastic waste on the environment.

“Not everyone took the threat of plastic so seriously. But I think it's more of a collective consciousness now and it's great to see in Guilford this ban to go into effect,” said Balzano.

Balzano also owns Water Street Jewelers and showed us the paper bags and packaging she uses there.

Now she aims to promote cutting back on other single-use plastics, as well as plastic bottles.

"I think plastic bags is just a start,” said Balzano.

The state currently has a 10-cent tax on single-use plastic bags.

The state's ban on those bags goes into effect in 2021.