Flooding, rats, and no bathrooms for female firefighters - these are just some of the issues the New Britain firehouses are facing. The city wants to help them out, but it’s not going to be cheap.

Right now as firefighters deal with fires and spring flooding around the city, they’re also pumping water out of their own facility.

“We have to have small portable water alarms to let the firefighters know when the water starts to build up,” said Deputy Fire Chief Michael Berry.

When his firefighters aren’t out in the field they’re dealing with crumbling, leaking, flooding firehouses.

“One of our pumps broke down so we have a backup pump in there right now,” he said. “You can see all the rust and contaminant on the floor is from the water constantly coming up.”

But flooding is far from being their only challenge.

“The floor is completely falling apart,” he said as he peeled off some tile in the floor of Station 8’s 1940s firehouse. “There’s also animals that get into the walls we’ve had mice in the walls.” 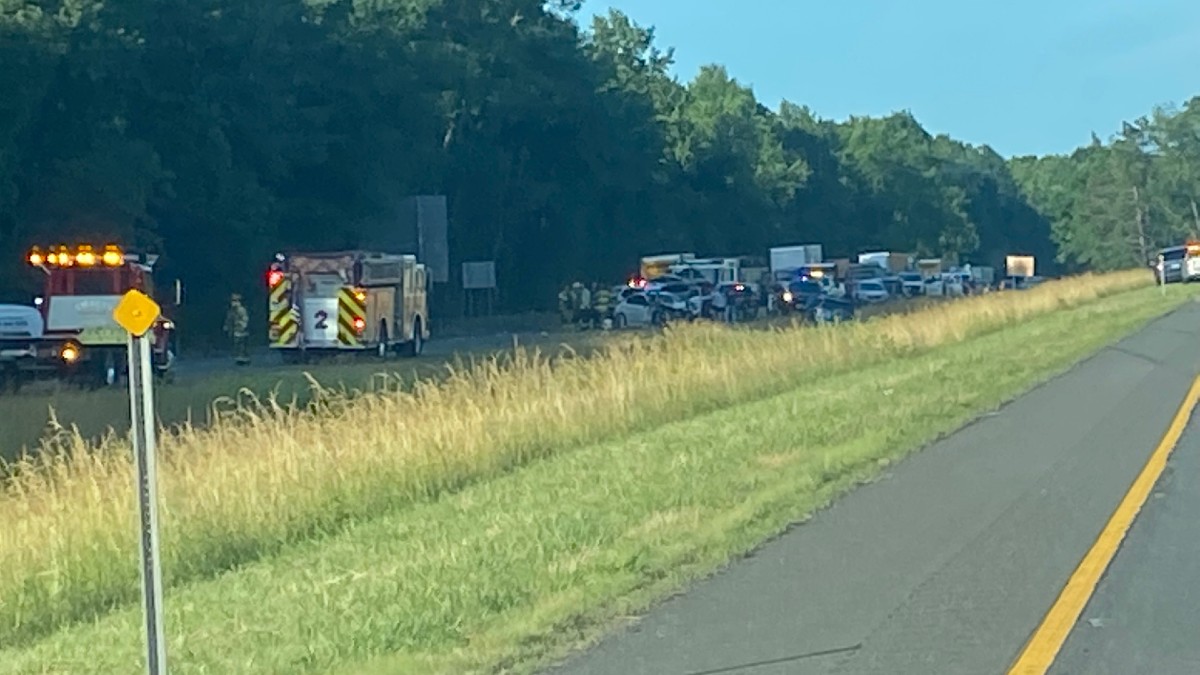 And at the department headquarters living quarters, multiple windows are shattered.

“We just haven’t had the money to successfully replace it.”

In that same firehouse on Beaver Street, the bay has become a drying area.

“Since we don’t have a proper drying area, we just have to lay it out on the apparatus floor to try to get it to dry before their next shift,” explained Berry.

He says of the biggest issues they face in an outdated firehouse is contamination.

“Modern firehouses kind of have a buffer between the apparatus bay and then they have a buffer which is a decontamination area,” he said. “We don’t have that. We don’t have anything that prevents the contaminants from the bays from going up into the living areas.”

And back when New Britain’s firehouses were built, female firefighters weren’t yet factored into the equation.

The locker room and bathrooms are one for all.

“This is where both male and female firefighters have to dress and get ready for work,” Berry said as he walked us through the dressing quarters.

“You gotta let everybody know ‘Hey, I’m going in the bathroom I’m gonna lock the door’ because you’re probably gonna be one of the only females on shift,” LeClair said.

LeClair says the sleeping quarters could also be more private.

“Times are changing, there’s definitely more females in this line of work so some things just need to adjust,” LeClair added.

New Britain Fire Chief Raul Ortiz says the firehouse needs to be a place where all firefighters can recharge.

The chief is currently working with Mayor Erin Stewart to make the necessary changes.

“It’s been interesting to hear some of the things that our firefighters go through in just dealing with their living quarters,” said Stewart. “We’ve been chipping away at this piecemeal allocating resources when we can to put a new kitchen here or a new bathroom there.”

However, the mayor says she knows it’s going to take a lot more time and money to get the city’s firehouses to where they need to be.

“It will be a hefty price tag, but you have to start somewhere and we’re going to start with coming up with a plan and an assessment of what needs to be done in each building and then we’ll take it from there,” she said.

Chief Ortiz said renovations could cost between $10 to 15 million and would take a couple of years, but they're happy to at least have the ball rolling on the process.