Pilgrims From Connecticut Travel to Philadelphia to See Pope

Among the pilgrims lining up to take a bus to Philadelphia from Our Lady of Pompeii Church in East Haven Friday morning were friends who have been on past trips to see the pope together.

"You're just like two little ants in this group of a million people," Carol Scussel said, "yelling to the pope, 'Viva Papa,' and you could feel the holiness come from the pope."

Scussel and Judy Esposito attended mass in 1995 with Pope John Paul in Queens and they prayed with Pope Benedict XVI in 2008 in the old Yankee Stadium. Now, they cannot wait to see Pope Francis on U.S. soil. 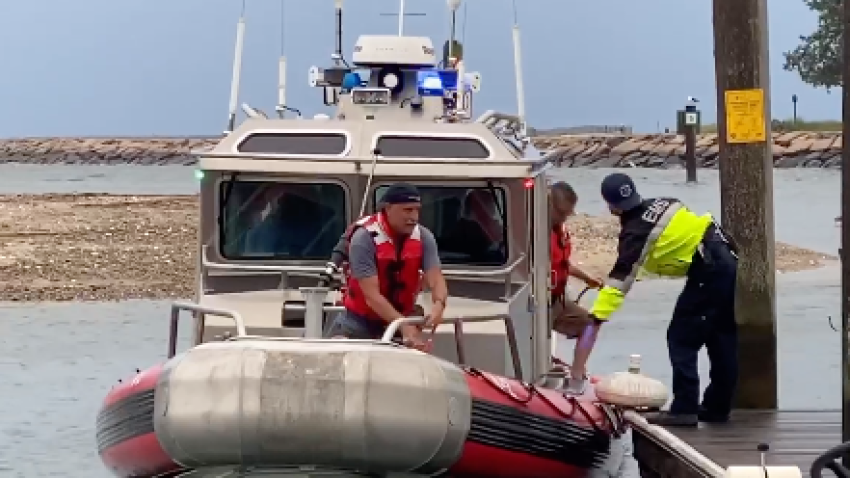 "Just being in his presence, regardless of how far away we are, we're in his presence so you feel the electricity," Esposito said. "His blessing is so very important to us."

The Archdiocese of Hartford says more than 250 pilgrims form Connecticut boarded three buses for Philadelphia on Friday. The other two departed from Bloomfield and Cheshire.

The pope’s visit to Philadelphia coincides with the World Meeting of Families. For a Branford mother boarding the train at New Haven’s Union Station, this weekend’s pilgrimage will be a family affair.

"I'm going to be carrying everybody in my heart, all the people who have touched my life and my journey in life," said Kathleen Maher.

She will experience seeing the pontiff in person for the first time with three of her daughters.

"This is truly a miraculous thing that has happened," Maher said. "I have had a life full of faith and it has touched my daughters and I've been given the gift to see them share this beautiful faith."

Bob and Katie Weidenmiller are spending the weekend in Connecticut after missing the pope during their stop in New York City.

"If nothing else, there was a positive karma," Bob Weidenmiller said, "the fact he was there and we were there."

"We did go into St. Patrick's this morning, so we saw where the pope was last night," Katie Weidenmiller said.

With their papal flags and tickets for both main events in the City of Brotherly Love, Maher and her daughters are ready for their weekend with the Holy Father.

"I feel like his presence here and his visit here is a way to just unite everybody," Paula Maher-Rivera said.

Back in East Haven, Esposito said she had been under the weather.

"I know the Holy Father is just going to watch over me and make me strong to do the walking," she said.