Convicted national security leaker Chelsea Manning could be placed in solitary confinement indefinitely for allegedly violating prison rules by having a copy of Vanity Fair with Caitlyn Jenner on the cover and an expired tube of toothpaste, among other things, her lawyer said Wednesday.

The former intelligence analyst, formerly known as Bradley Manning, was convicted in 2013 of espionage and other offenses for sending more than 700,000 classified documents while working in Iraq. She is serving a 35-year sentence at the military prison at Fort Leavenworth, for leaking reams of war logs, diplomatic cables and battlefield video to the anti-secrecy website WikiLeaks in 2010.

Her attorney, Nancy Hollander, said an Aug. 18 hearing is set at the Fort Leavenworth prison for the transgender Army private. The hearing before a three-person panel is closed, although Manning has asked that it be public.

"This is like prison disciplinary infractions in a civilian prison and there will be a hearing, but frankly it looks to me like harassment," Hollander said. 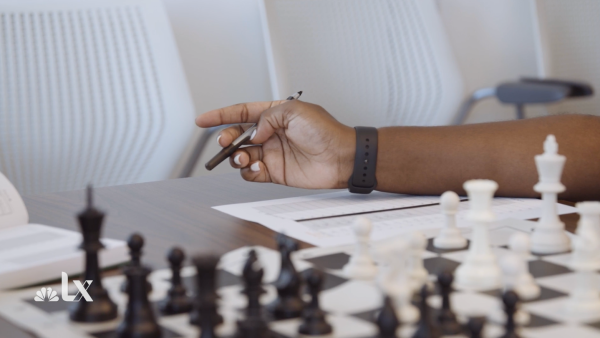 The US Has Never Had a Black Woman Chess Master. That Could Change Soon

The prison charges include possession of prohibited property in the form of books and magazines while under administrative segregation; medicine misuse over the toothpaste; disorderly conduct for sweeping food onto the floor; and disrespect. All relate to alleged conduct on July 2 and 9. The maximum penalty Manning could face is indefinite solitary confinement.

"It is not uncommon in prisons to have charges that to the rest of us seem to be absurd," Hollander said. "Prisons are very controlled environments and they try to keep them very controlled and sometimes in that control they really go too far and I think that this is going too far."

Hollander is particularly troubled by the fact that Manning's reading material was taken away from her, including a novel about transgender issues, the book "Hacker, Hoaxer, Whistleblower, Spy — The Many Faces of Anonymous," the book "I am Malala," an issue of Cosmopolitan magazine containing an interview with Manning and the U.S. Senate report on CIA torture.

"There is certainly no security risk, and that could impinge on her free speech rights and attempt to silence her," she said.