The killing, captured on widely viewed bystander video, sparked protests in Minneapolis and around the globe as part of a reckoning over racial injustice

A former Minneapolis police officer who pleaded guilty to a state charge of aiding and abetting second-degree manslaughter in the killing of George Floyd was sentenced Wednesday to three years.

Thomas Lane is already serving a 2 1/2-year federal sentence for violating Floyd’s civil rights. When it comes to the state’s case, prosecutors and Lane’s attorneys had agreed to a recommended sentence of three years — which is below the sentencing guidelines — and prosecutors agreed to allow him to serve that penalty at the same time as his federal sentence, and in a federal prison.

Judge Peter Cahill accepted the plea agreement, saying he would sentence Lane below the guidelines because he accepted responsibility.

“I think it was a very wise decision for you to accept responsibility and move on with your life,” Cahill said, while acknowledging that the Floyd family has not been able to move on with theirs.

Under Minnesota rules, it's presumed Lane would serve two years of his state sentence in prison, and the rest on supervised release, commonly known as parole.

Floyd, 46, died in May 2020 after Officer Derek Chauvin, who is white, pinned him to the ground with a knee on Floyd’s neck as the Black man repeatedly said he couldn’t breathe. Lane, who is white, held down Floyd’s legs. J. Alexander Kueng, who is Black, knelt on Floyd’s back, and Tou Thao, who is Hmong American, kept bystanders from intervening during the 9 1/2-minute restraint.

A U.S. district judge made the decision Thursday. The former police officer is already serving a 22.5-year sentence after he was found guilty in a state case of second- and third-degree murder.

The killing, captured on widely viewed bystander video, sparked protests in Minneapolis and around the globe as part of a reckoning over racial injustice.

Wednesday’s sentencing hearing was held remotely. Lane appeared via video from the Federal Correctional Institution Englewood, the low-security federal prison camp in Littleton, Colorado. He made no statement to the court prior to sentencing. But after the hearing was adjourned, Lane complained to his attorney that the judge had said he would have to register as a predatory offender “if required.”

“I gotta register as a predatory offender? What the (expletive) is that?” Lane said. And he added: “That’s what Chauvin has to do. If I have a minimal role, why the (expletive) do I have to do that?”

His attorney, Earl Gray, told him he would look into it.

Chauvin was convicted of murder and manslaughter and was given a 22 1/2-year state sentence in 2021. He also pleaded guilty to a federal count of violating Floyd's civil rights, and his state and federal sentences are being served at the same time.

Kueng and Thao were also convicted on federal civil rights charges and were sentenced to three and 3 1/2 years respectively. They have not yet reported to federal prison, and are scheduled to go to trial on state charges of aiding and abetting both murder and manslaughter in October. 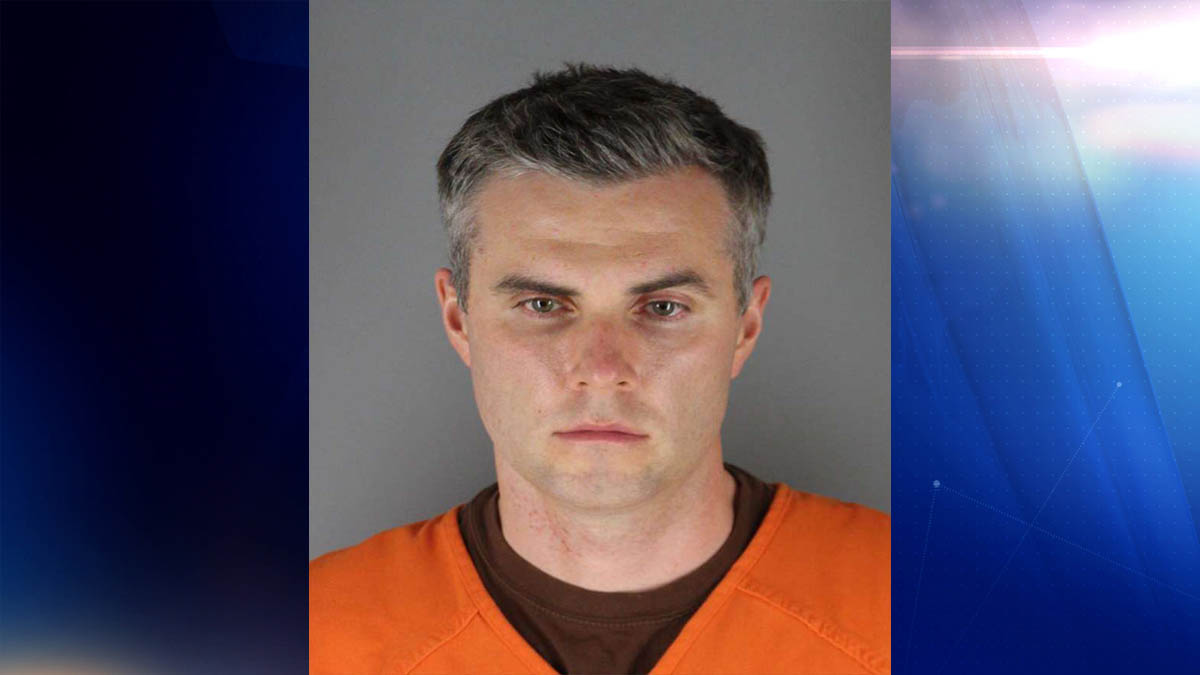 In his plea agreement, Lane admitted that he knew from his training that restraining Floyd in that way created a serious risk of death, and that he heard Floyd say he couldn’t breathe, knew Floyd fell silent, had no pulse and appeared to have lost consciousness.

The plea agreement says Lane knew Floyd should have been rolled onto his side — and evidence shows he asked twice if that should be done — but he continued to assist in the restraint despite the risk. Lane agreed the restraint was “unreasonable under the circumstances and constituted an unlawful use of force.”