Distribution of aid has been painfully slow: Only about $3 billion of the first $25 billion had been distributed through June by states and localities

Gabe Imondi, a 74-year-old landlord from Rhode Island, had come to court hoping to get his apartment back. He was tired of waiting for federal rental assistance and wondered aloud “what they’re doing with that money?”

Hours later, Luis Vertentes, in a different case, was told by a judge he had three weeks to clear out of his one-bedroom apartment in nearby East Providence. The 43-year-old landscaper said he was four months behind on rent after being hospitalized for a time.

“I’m going to be homeless, all because of this pandemic,” Vertentes said. “I feel helpless, like I can’t do anything even though I work and I got a full-time job.”

Scenes like this played out from North Carolina to Virginia to Ohio and beyond Monday as the eviction system, which saw a dramatic drop in cases before a federal moratorium expired over the weekend, rumbled back into action. Activists fear millions will be tossed onto the streets as the delta variant of the coronavirus surges.

The Biden administration allowed the federal moratorium to expire over the weekend and Congress was unable to extend it. 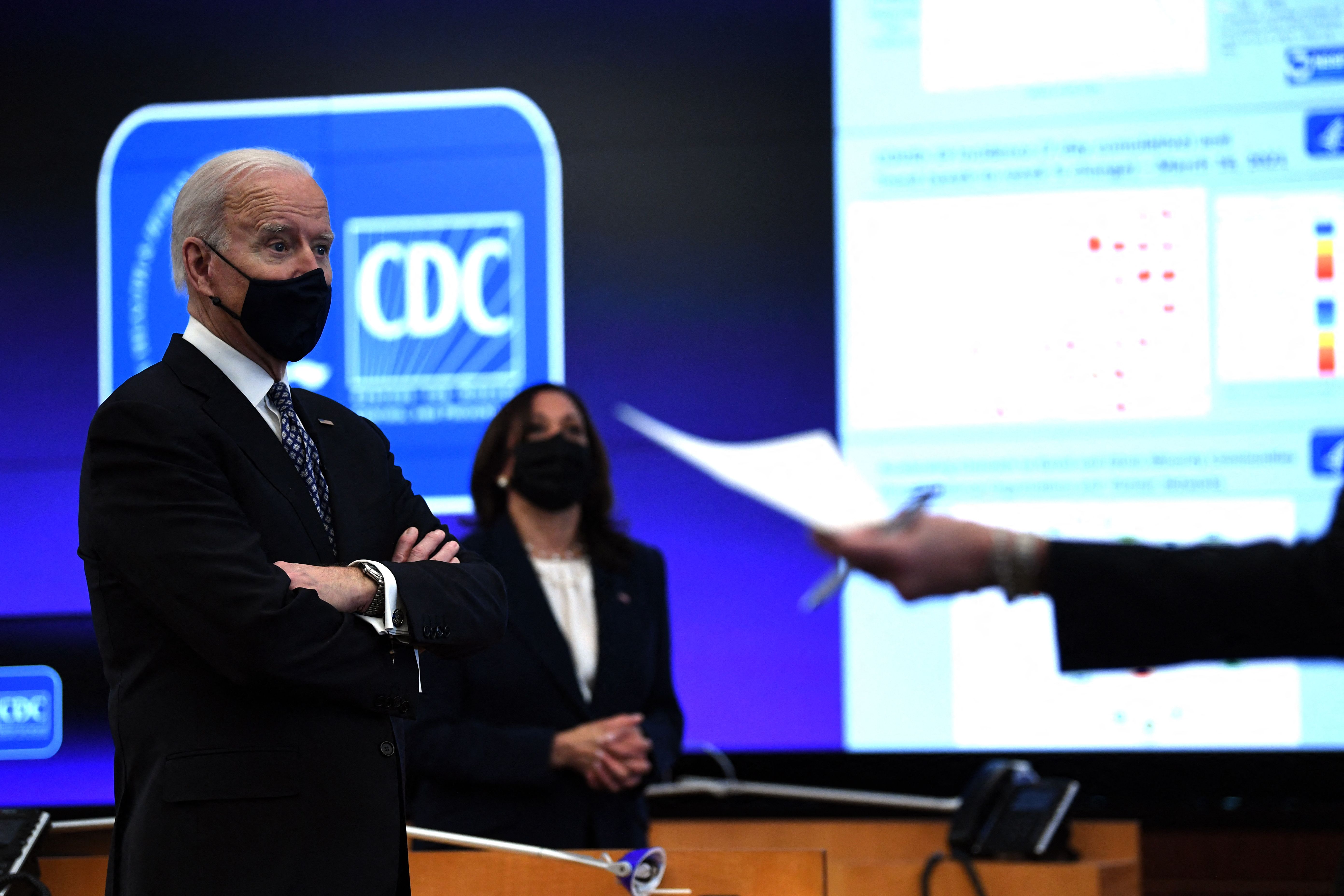 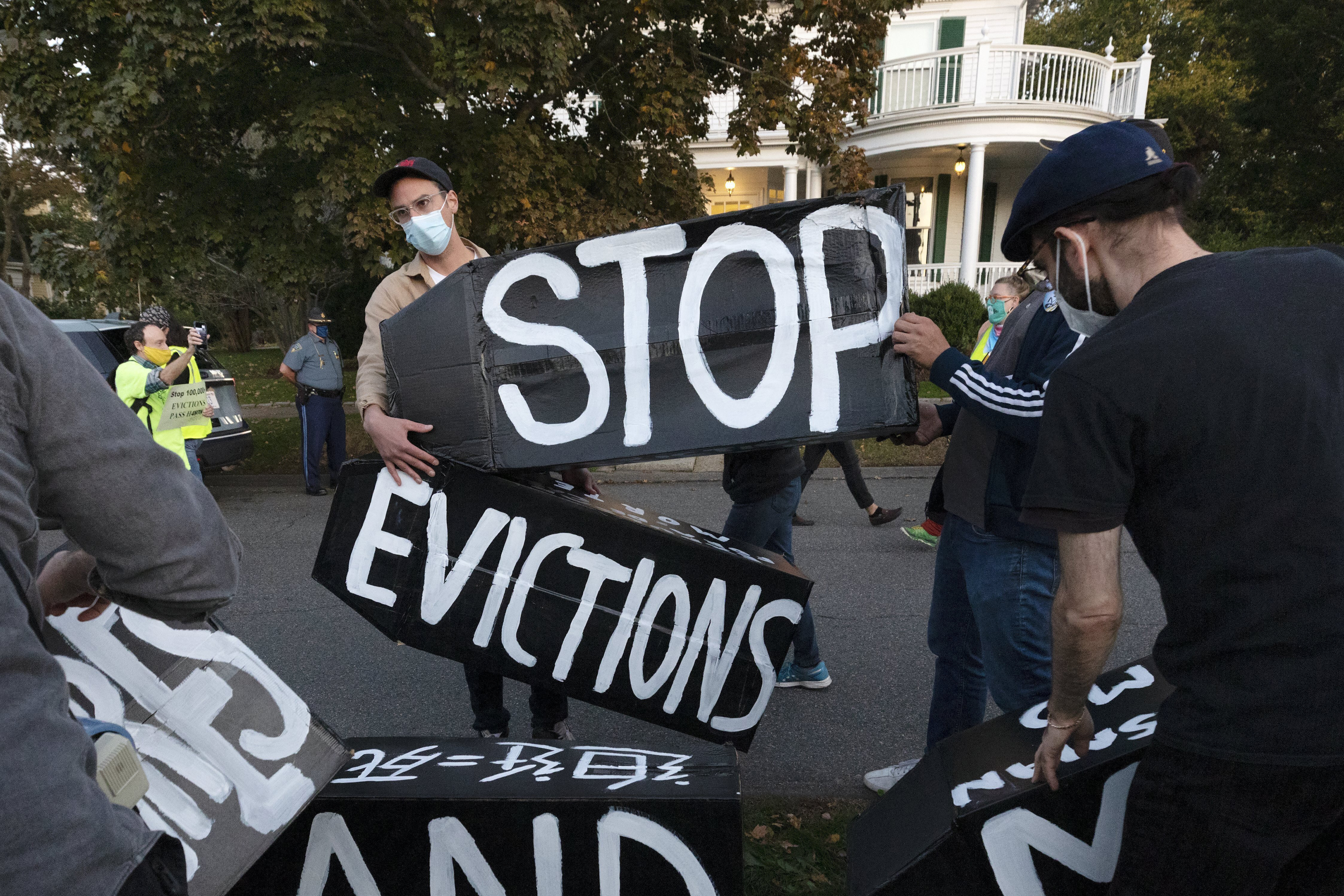 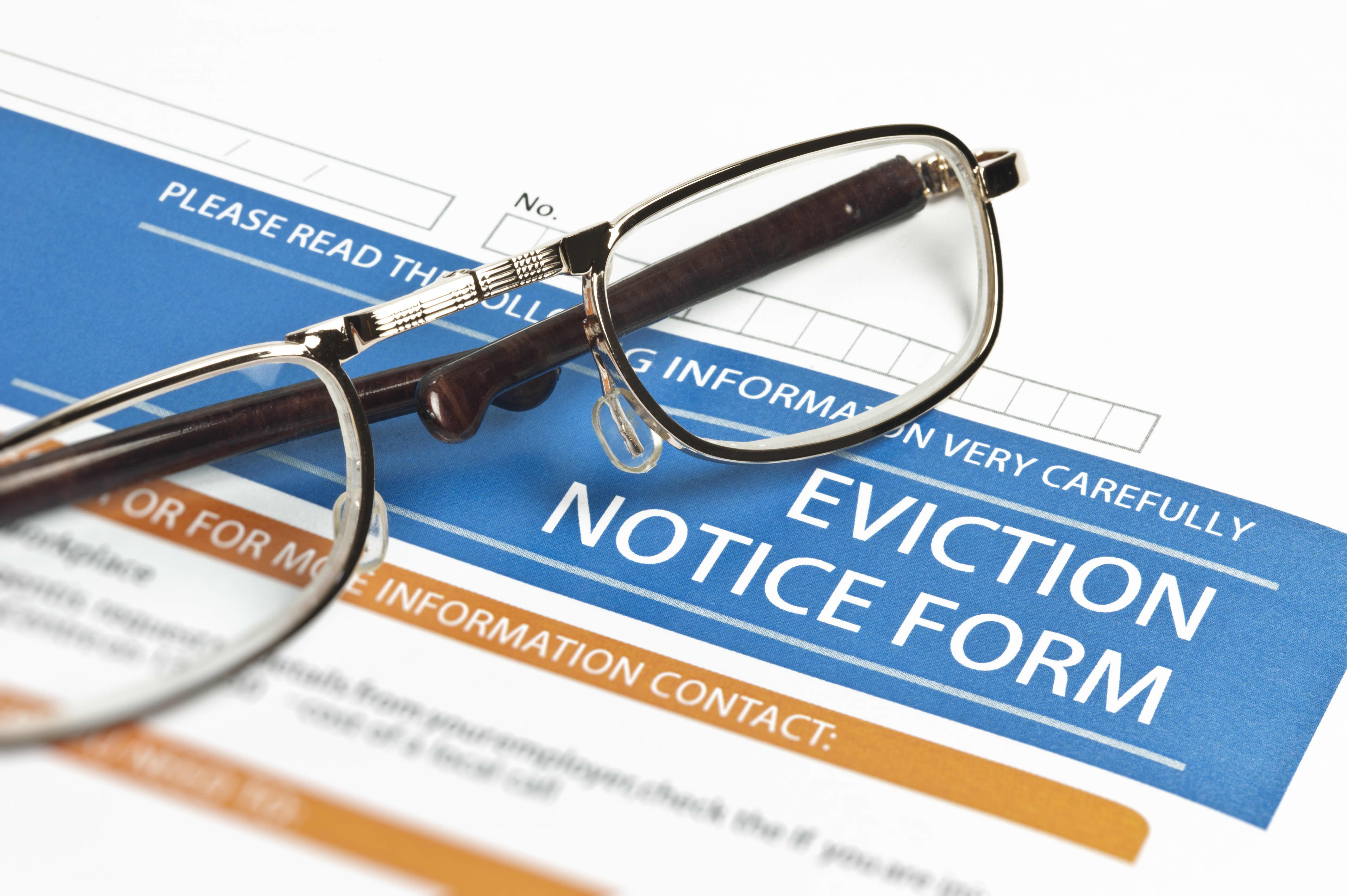 Historic amounts of rental assistance allocated by Congress had been expected to avert a crisis. But the distribution has been painfully slow: Only about $3 billion of the first tranche of $25 billion had been distributed through June by states and localities. A second amount of $21.5 billion will go to the states.

In Columbus, Ohio, Chelsea Rivera showed up at Franklin County court Monday after receiving an eviction notice last month. A single mom, she’s behind $2,988 in rent and late fees for the one- bedroom apartment she rents for herself and three young sons.

The 27-year-old said she started to struggle after her hours were cut in May at the Walmart warehouse where she worked. She’s applied to numerous agencies for help but they’re either out of money, have a waiting list, or not able to help until clients end up in court with an eviction notice.

Rivera said she’s preparing herself mentally to move into a shelter with her children.

“We just need help,” she said, fighting back tears. “It’s just been really hard with everyday issues on top of worrying about where you’re going to live.”

The eviction moratorium, which was first set up in September 2020, is set to expire on Saturday.

But there was more optimism in Virginia, where Tiara Burton, 23, learned she would be getting federal help and wouldn’t be evicted. She initially feared the worst when the moratorium lifted.

“That was definitely a worry yesterday,” said Burton, who lives in Virginia Beach. “If they’re going to start doing evictions again, then I’m going to be faced with having to figure out where me and my family are going to go. And that’s not something that anyone should have to worry about these days at all.”

She was relieved to learn she was approved for assistance through the Virginia Rent Relief Program. Her court hearing was postponed 30 days, during which time she and her landlord can presumably work things out.

“I’m grateful for that,” she said. “That’s another weight lifted off of my shoulders.”

For some tenants, getting assistance has proven impossible.

After her landlord refused federal assistance to cover $5,000 in back rent, Antoinette Eleby, 42, of Miami, expects an eviction order within two to three weeks. She is sending her five children to live with her mother in another county.

While the post-pandemic demand for houses along with a low supply created a price spike, not everyone is reaping the benefits. Millions of homeowners entered forbearance and many renters are struggling to pay rent as eviction protections begin to expire this summer. It's a "race" to get more relief measures passed, says Chris Herbert of the Harvard Joint Center for Housing Studies.

“My main concern is that now that I have an eviction, how will I find another place? Some places will accept you and some will not,” said Eleby, whose entire family got COVID-19 earlier this year.

Around the country, courts, legal advocates and law enforcement agencies were gearing up for evictions to return to pre-pandemic levels, a time when 3.7 million people were displaced from their homes every year, or seven every minute, according to the Eviction Lab at Princeton University.

Some cities with the most cases, according to the Eviction Lab, are Phoenix with more than 42,000 eviction filings, Houston with more than 37,000, Las Vegas with nearly 27,000 and Tampa more than 15,000. Indiana and Missouri also have more than 80,000 filings.

While the moratorium was enforced in much of the country, there were states like Idaho where judges ignored it, said Ali Rabe, executive director of Jesse Tree, a non-profit that works to prevent evictions in the Boise metropolitan area. “Eviction courts ran as usual,” she said.

That was much the way things played out in parts of North Carolina, where on Monday Sgt. David Ruppe knocked on a weathered mobile home door in Cleveland County, a rural community an hour west of Charlotte.

“We haven’t seen much of a difference at all,” he said.

He waited a few minutes on the porch scattered with folding chairs and toys. Then a woman opened the door.

“How are you?” he asked quietly, then explained her landlord had started the eviction process. The woman told Ruppe she’d paid, and he said she’d need to bring proof to her upcoming Aug. 9 court date.

“There’s only so much you can do,” he said. “So, if you can offer them a glimmer of hope, words of encouragement, especially if there’s kids involved. Being a father, I can relate to that.”