These are just the first two detailed black-and-white images of the ice-encrusted moon's surface to arrive back on Earth. Future images will be in color.

On Monday, NASA's Juno spacecraft flew closer to Jupiter's moon Ganymede than any other probe has done in over 20 years.

Now, the Jet Propulsion Laboratory at the California Institute of Technology has two close-up images showing the moon in stunning detail, down to the craters and terrain on its surface.

Juno, which launched from Cape Canaveral on in 2011, finally reached Jupiter in 2016. Since then, it has studied the gas giant intensely to discover how much water is in the atmosphere and map its magnetic and gravitational fields.

NASA hopes that the information it gathers before it deorbits into Jupiter this July will explain more about how the planet may have formed.

In the meantime, Juno has also gathered information about Jupiter's moon Ganymede, "the only moon in our solar system bigger than the planet Mercury," Juno Principal Investigator Scott Bolton of the Southwest Research Institute in San Antonio said in a written statement.

The photos come from Juno's JunoCam imager -- designed as part of a public outreach program that connected amateur astronomers with the NASA program -- and its Stellar Reference Unit star camera, which takes images of bright stars to help Juno navigate through space.

The photos feature "remarkable detail, including craters, clearly distinct dark and bright terrain, and long structural features possibly linked to tectonic faults," and show almost an entire side of the water-ice-encrusted moon.

The image of the moon's side, taken by the JunoCam, utilized only the green filter in the cameras. As versions of the same image that used the red and blue filters in the camera come through space, "imaging experts will be able to provide a color portrait of Ganymede."

The Stellar Reference Unit camera took a close-up, black-and-white photo of the dark side of Jupiter's moon, "bathed in dim light scattered off Jupiter."

“The conditions in which we collected the dark side image of Ganymede were ideal for a low-light camera like our Stellar Reference Unit,” said Heidi Becker, Juno’s radiation monitoring lead at JPL.

The image shows a different part of the moon than the JunoCam, and by combining information from the two cameras, NASA hopes to learn more about Ganymede.

Juno's approach to the moon follows in the footsteps of the Galileo mission in 2000, and the Voyager 1 mission in 1979.

“This is the closest any spacecraft has come to this mammoth moon in a generation,” said Bolton. “We are going to take our time before we draw any scientific conclusions, but until then we can simply marvel at this celestial wonder..." 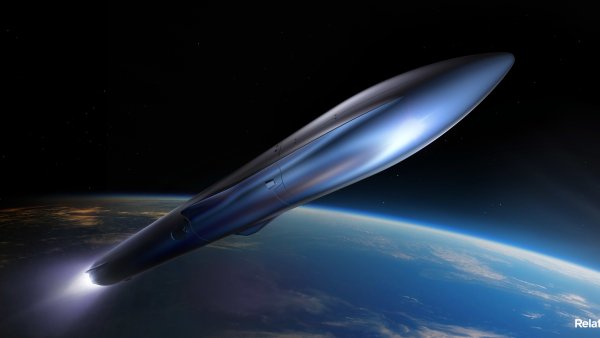 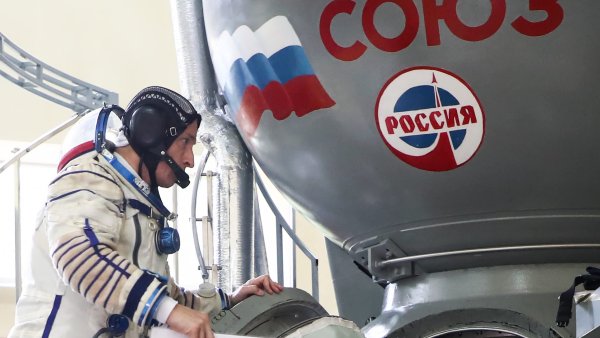 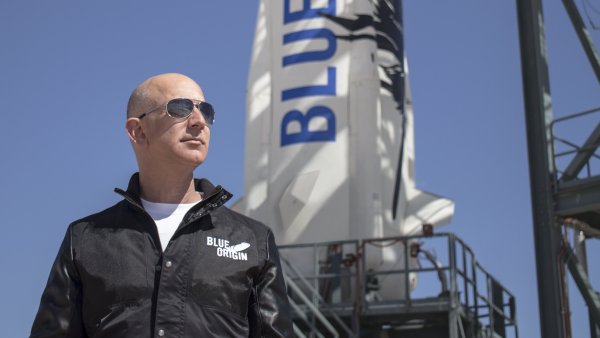 Jeff Bezos Launching Himself Into Space Next Month