Snowfall totals over a foot are expected in parts of Connecticut.

Snow continues to fall for some across the state overnight while others saw a wintry mix Monday night after a storm that saw snow accumulations of more than a foot in many towns.

The storm was officially a blizzard in Waterbury and Bridgeport, which means the areas saw wind gusts of at least 35 mph with visibility at or under 1/4 mile for three consecutive hours.

Some towns are seeing snow totals in the double digits, while others, particularly in northeastern Connecticut, have seen much less impressive totals.

A Winter Storm Warning is in effect for all of Connecticut through Tuesday morning.

Hundreds of schools have closed or switched to a remote learning day for Monday, with some also already making the decision to go to remote learning for Tuesday. You can see the full list here. 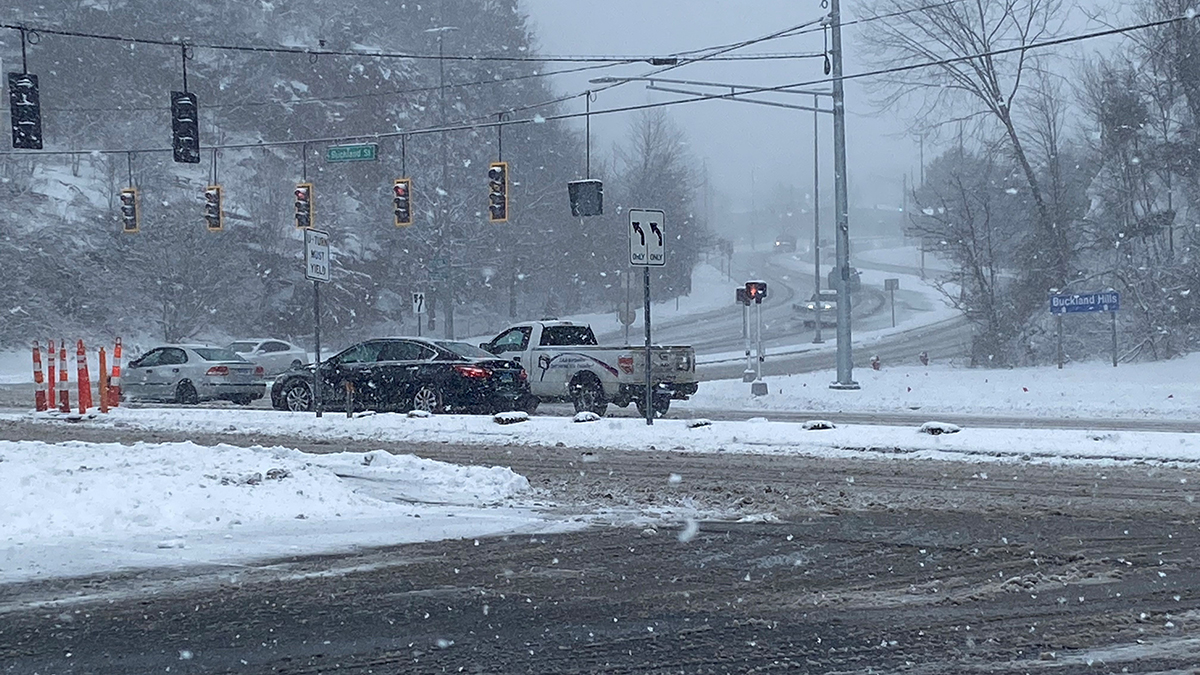 What's Closed, What's Open in Connecticut Due to Snow

Snow Totals: How Much Did Your Town Receive During The Storm?

Gov. Ned Lamont has told residents that anyone who can stay home should, and that residents should only leave their homes for absolutely essential travel.

How Much Snow You May See

With snow falling heavily across the state, NBC Connecticut meteorologists are forecasting 10 to 18 inches of snow for most of Connecticut.

NBC Connecticut meteorologists believe travel will be treacherous for the evening commute.

The governor instituted a travel ban in collaboration with neighboring states.

Then, on Monday he has signed an order amending the travel ban on certain tractor-trailers that was issued yesterday evening and went into effect early this morning. It remains in effect until further notice.

Connecticut State Police Trooper First Class Pedro Muniz gives an update on how many crashes and calls for service troopers have responded to so far during the storm.

Metro-North is suspending travel after 3 p.m. for outbound service from Grand Central Terminal and 2 p.m. for inbound service.

As of 3:20 p.m., CTTransit said it was suspending service in greater Waterbury, Wallingford and Meriden.

Bradley Airport is encouraging anyone scheduled to fly today to contact their airline before heading to the airport. As of 3:45 p.m., nearly all listed arrivals and departures for the afternoon and early evening were listed as canceled.

State officials estimated that a little over 10,000 vaccination appointments had to be rescheduled due to the weather. On top of that, Monday's shipment of vaccine doses did not arrive, though Gov. Lamont said it was expected Tuesday. For more details on the ongoing coronavirus response, click here.

Impacts of the Storm

Along with heavy snow Monday afternoon, winds will start gusting 30 to as high as 50 mph.

White out conditions can't be ruled out for a time Monday afternoon.

NBC Connecticut's Darren Sweeney discusses some of the impacts of today's snow storm where the wind and scattered power outages may become a concern.

Plow crews are working to clear the snow across the state and are asking residents to stay home if possible.

CT. Dept. of Transportation Spokesperson Kevin Nursick gives an update on the roads and plow crews amid Monday's storm.

"Keep your car off the roads and don't go out unless absolutely necessary. It's imperative that our plow drivers not only get the roads passable, but also open the roads up to the edge of the road so that when the snow starts to melt, we have access to the catch basins," said Meriden Public Works Director Howard Weissberg.

Plow crews are working to clear the snow across the state and are asking residents to stay home if possible.

You can get the latest details on the storm here.