In addition to the presidential races, voters cast ballots in two GOP congressional primaries to determine who will face long-serving Democratic incumbents in November.

Merrill said voters could bypass the U.S. Postal Service and drop absentee ballots off in special boxes located at town halls and other locations in all 169 cities and towns until 8 p.m.

“Right now turnout seems light at the polling places and pretty heavy with the ballot boxes,” she said Tuesday.

On Monday, Democratic Gov. Ned Lamont signed an executive order that gives election officials until Thursday to count the ballots, so long as they’re postmarked with Tuesday’s date of Aug. 11. Merrill had made the request because of the storm and other issues that delayed the delivery of applications and ballots. Also, power outages affected the election workers’ abilities to process ballots.

Some Republican legislators have criticized the move, accusing Merrill, a Democrat, of mishandling the temporary expanded absentee ballot system. They’ve cited delays in ballots being sent to voters and other issues. Merrill said it’s been an “unprecedented situation” given the pandemic, noting “our job is to allow people to vote under very trying circumstances.” 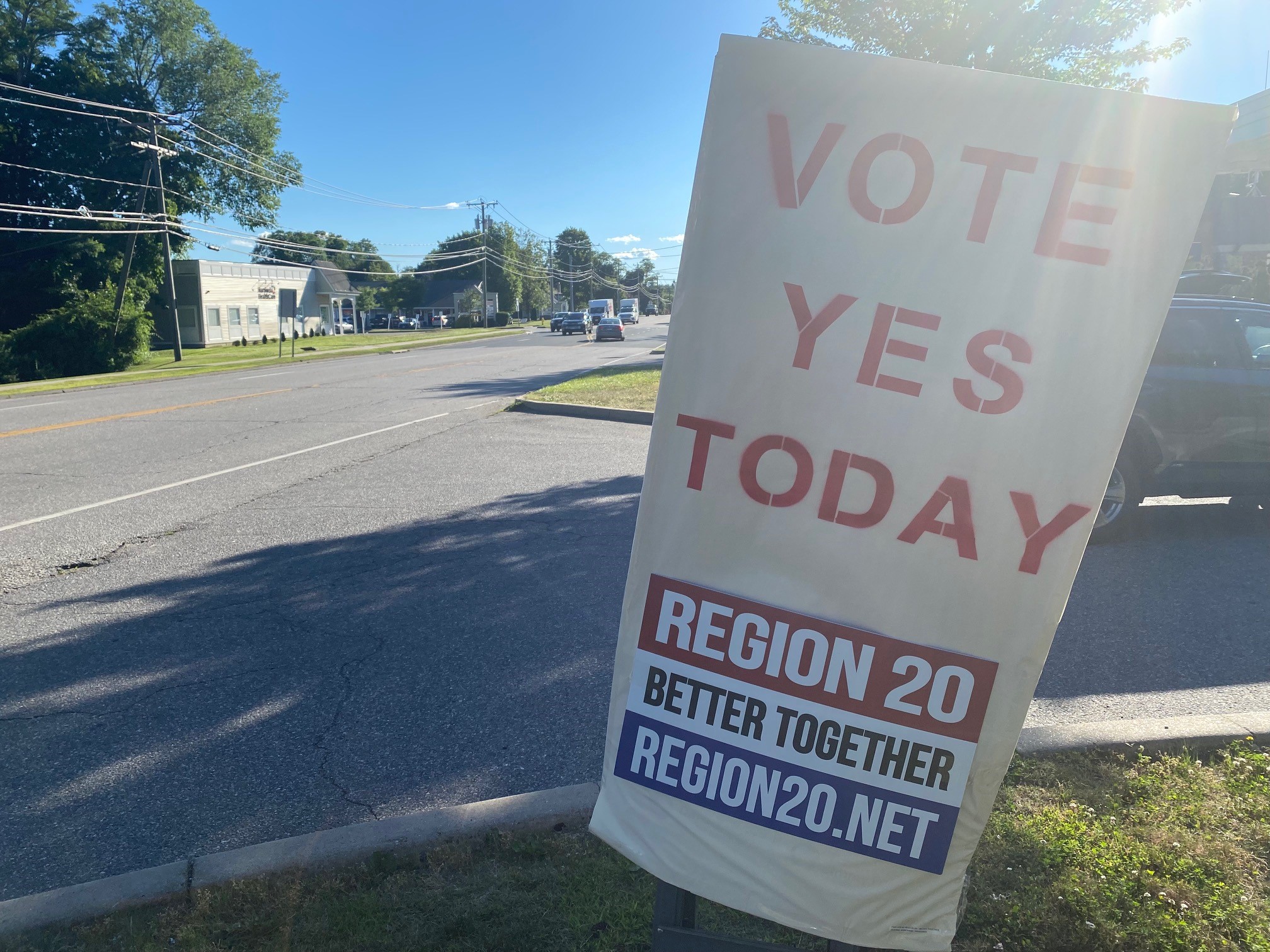 Alfred Fusco, a registered Republican, showed up to vote in person in Stamford on Tuesday.

“I would like to see as much in-person voting as possible,” he said. “You have to vote by absentee ballot, you have to, but it should be strictly regulated and only in certain cases.”

As of Tuesday morning, seven polling places were without power from last week’s tropical storm but operating on generators, according to Merrill’s office. No problems were reported.

Al Aliperti, a registered Democrat, cast his vote for Biden in Stamford on Tuesday.

“He was vice president for eight years, knows how to handle himself in a crisis, moves to bring people together in nonpartisan fashion.” he said. “And he’s light years ahead of his competitor.”

Trump had his supporters at the polls as well.

“I like that he’s taking away a lot of the restrictions that we’ve had. He’s lowered the tax rates, made (it) possible for more entrepreneurs to begin – to get involved,” said George Hallenbeck, registered Republican in Stamford. “It’s basically giving us more opportunity as a country, I believe.”

Meanwhile, voters casting their ballots in the 2nd Congressional District GOP primary were still able to choose Thomas Gilmer, the party-endorsed candidate, even though he had reportedly dropped out earlier in the day after being arrested Monday night on charges of first-degree unlawful restraint and second-degree strangulation.

If Gilmer defeats challenger Justin Anderson, the Republican Party will be able to nominate someone to take his place in the general election, according to Gabe Rosenberg, a spokesman for the Connecticut Secretary of the State.

NBC Connecticut visited several polling places on Tuesday to get a look at some different COVID-19 protocols.

In the Republican primary in the 1st Congressional District, the party-endorsed candidate Mary Fay, a financial services executive and member of the West Hartford Town Council, is being challenged by James Griffin of Bristol, a West Point graduate who worked on military and budget issues during a career in Washington.

Polls closed at 8 p.m. Tuesday. Only registered Democrats and Republicans can vote in the primary.

Unlike some other states, Connecticut decided to keep polling places open while also providing voters with the option to mail in their ballots. Some communities have moved polls to locations where there’s more room to socially distance.