Maximillian Carbone, 19, of Nahant, was last seen at a party in the Allegheny Street area

A missing Wentworth Institute of Technology student who was last seen early Saturday morning in Boston was found dead at the base of a nearby cliff in the city's Roxbury neighborhood, according to authorities.

The body of 19-year-old Maximillian Carbone was found by searchers at the bottom of a cliff behind a red building on Terrace Street in the Roxbury on Sunday morning, about a block from where he was last seen early Saturday morning after leaving a house party in the Allegheny Street area in the Mission Hill neighborhood.

According to Bill Powers, director of public safety at Wentworth Institute of Technology, Carbone reportedly told friends he was going to stop at a nearby store. 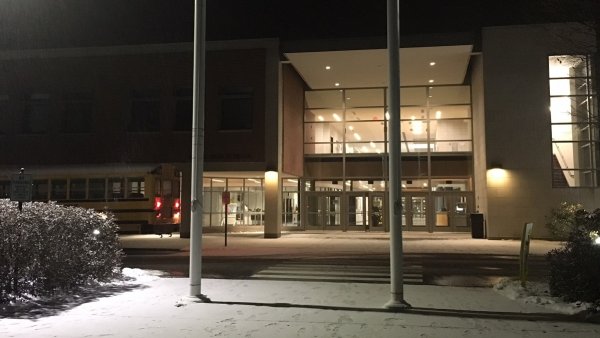 "His phone was pinging in the Mission Hill area," Powers told NBC10 Boston.

More than 100 people assembled at Wentworth Institute of Technology around 7a.m. on Sunday to search for Carbone.

The search was called off on Sunday shortly after 8 a.m., and crime scene tape was set up on the corner of New Cedar and Terrace streets in Roxbury.

Originally from Nahant, Carbone was a sophomore at Wentworth Institute of Technology studying biomedical engineering. Carbone's parents described him as a "sweet, happy and loving son, brother and friend."

"He was a hardworking student who cared about helping people," Carbone's parents said in a public statement.

Eric Overstrom, Wentworth’s senior vice president for academic affairs and provost said the institution is "devastated by the loss of Max Carbone."

"He had many friends within and outside Wentworth, and a warm and loving extended family who will all miss him dearly," Overstrom said.

"Wentworth will continue to work with the Boston Police Department to understand how this tragedy could have happened and what, if anything, could be done in the future to prevent a similar situation," Overstrom said.

According to Boston police, Carbone's death does not appear to be suspicious.