Even before Friday’s news conference, some team employees worried about the toll the Ime Udoka suspension saga had already taken on Stevens

Brad Stevens’ voice trembled near the start of his opening statement.

“Obviously, it’s been a hard time,” Stevens said Friday as he and Celtics owner Wyc Grousbeck held a joint press conference to address the season-long suspension levied to head coach Ime Udoka for his violations of team policies.

Stevens then fought back emotion as he expressed dismay at the “Twitter speculation, rampant bulls---,” that the Celtics’ female staffers endured in the aftermath of reports that Udoka had engaged in an intimate and consensual relationship with a Boston staff member that led to an extensive investigation into his workplace conduct.

With training camp starting on Tuesday, NBC Sports Boston's Chris Forsberg says if the Celtics want to stay the course, the players need to focus on each other and the upcoming season.

Did Stevens consider coaching after Udoka suspension? Here's his answer

The glow that existed 450 days ago when Stevens and Grousbeck first introduced Udoka as the 18th head coach of the Celtics had faded. Stevens looked weathered by this week's proceedings and spoke repeatedly of the tolls it's taken on his organization.

Even before Friday’s half-hour news conference inside the Auerbach Center, some team employees worried about the toll the Udoka saga had already taken on Stevens, this as Stevens tried to steady an organization rocked by its coach’s transgressions.

Boston Celtics owner Wyc Grousbeck and team president of basketball operations Brad Stevens address the yearlong suspension of head coach Ime Udoka for multiple violations of team policy — and rampant speculation online about what happened that was prompted by leaks.

Remember, the Udoka hire was one of Stevens’ first major decisions after elevating to president of basketball operations last year. A general manager puts his own reputation on the line when deciding who should be the team's next coach. Stevens beamed with hope a year ago with confidence that Udoka could push the core of this team in a way that Stevens no longer could.

Stevens was rewarded when the team took on Udoka’s personality along the wild ride that was the 2021-22 season. Udoka tapped deeper into the potential of superstars like Jayson Tatum and Jaylen Brown, and held all of his players accountable at every turn while demanding they adhere to the team’s tenets.

Alas, Udoka himself did not. And while he’ll have to deal with the repercussions of his own actions, it’s only natural that Stevens would carry some of that burden. Back at Udoka’s introductory press conference, Stevens gushed how Udoka was, "an authentic, super person.” He marveled at the resolve Udoka showed in grinding until this head coaching opportunity finally emerged.

More on the Ime Udoka suspension 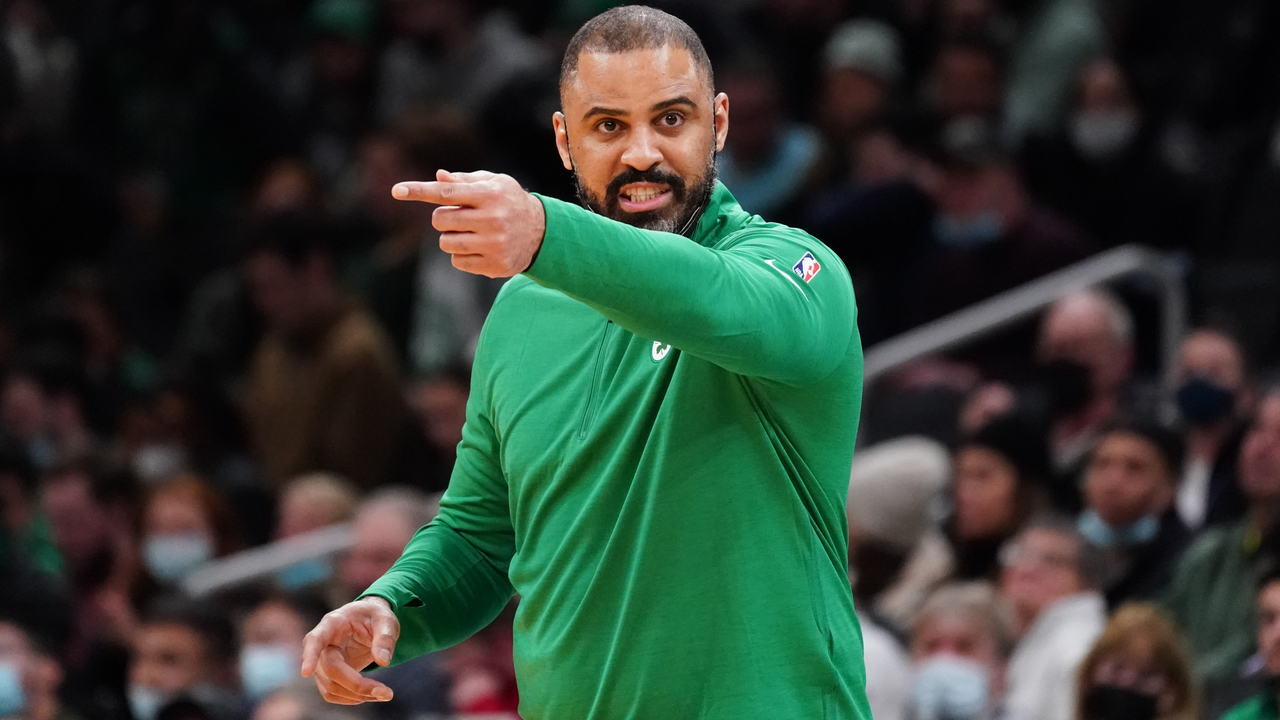 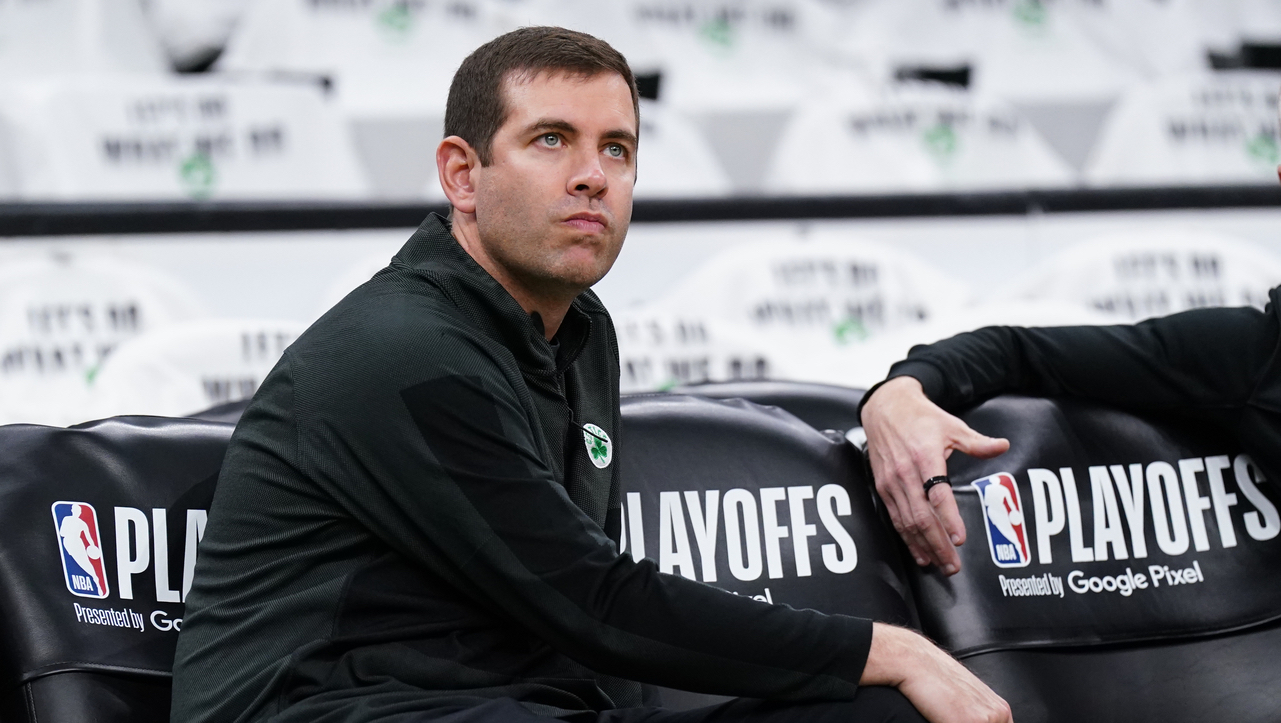 In his first season, Udoka spoiled his chance. And it’s hard to see him getting another opportunity in green.

The unwavering trust that Stevens had in Udoka, even as the team stumbled out of the gates last season, may have been eroded by this scandal. The team handed Udoka a season-long suspension but it’s hard to envision, in this moment, a pathway to reconciliation. It’s unclear if Udoka can win back the trust of his GM and ownership again considering the turmoil his actions have caused before the start of what should have been a season filled with unbridled optimism.

There was already a lot of work ahead for Stevens with the goal of fine-tuning a roster that’s depth was eroded before summer’s end when Danilo Gallinari tore his ACL in international play. The Celtics will lean heavily on a collection of inexperienced big men at the start of camp with hope that they can at least bridge the gap until starting center Robert Williams can get back on the court after a surgical cleanup of the knee that hindered him during last season's playoff run. Bigger moves could loom near midseason and the trade deadline.

Danilo Gallinari joins Chris Forsberg for an exclusive one-on-on interview to discuss how it feels to join the Boston Celtics after growing up a fan of the team in Italy, why he chose to sign with Boston and how he can help the Celtics win a championship next season.

But Stevens’ workload is a little heftier now. He unexpectedly had to find a new coach — promoting assistant Joe Mazzulla to the interim post — and, even with full confidence in Mazzulla’s ability to lead this team — he will need to help the 34-year-old with the minutiae of head coaching life.

"It's not an easy timing for [Mazzulla] or the rest of the staff. But he's an exceptionally sharp and talented person. I believe strongly in him and his ability to lead people, his ability to galvanize a room and get behind him,” said Stevens.

Stevens downplayed the suggestion of whether he considered moving back to the bench this season. He was emphatic while noting, "Joe is the best choice to do that -- by a long shot.”

Yet Stevens knows he’ll have to ease the transition for a coach that was preparing to simply join Udoka’s front-of-the-bench staff.

"I’ve told Joe this: I’m going to be there for him without stepping on his toes as much as he needs, but he doesn’t need much,” said Stevens. "I believe in that strongly. And hopefully I can help him with any questions he has as he goes through it, but sometimes you just need someone who has been there next to you, to be able to go in and let your shoulders down and talk about what you’re going through, and hopefully I can be that for him.”

Stevens’ more immediate goal is making sure all of Boston’s female employees who unfairly had their names invoked the past few days feel supported by the organization. Multiple times Stevens sounded off about the Twitter speculation.

And, yet, he navigated Friday morning’s prickly proceedings with unwavering grace. He was tight-lipped on the investigation into Udoka’s conduct but expressed empathy to everyone impacted by this saga.

Stevens acknowledged that Boston’s players would certainly be impacted by the unexpected loss of their head coach.

"There's a real relationship there with a lot of guys, rightfully so. They had an incredible year last year,” said Stevens. "There’s a care both ways. Human beings are human beings. It's going to be the way it is and to think that guys on the team or coaches or anybody else in the organization can just walk back out on the court and everything is fine is not the way it is.

"I just think that this is a really, really tough situation but we are going to be forward-focused with addressing what we need to address to get everybody ready to go on Tuesday to start a new season. I believe we will be but I'm not going to ignore the fact that there are human emotions all over the place.”

Stevens is often the one best able to hide his emotions. But even he couldn’t mask the toll this process is taking. And yet it falls hard on him to figure out how to get his team out from this dark cloud as fast as possible.