Guns Are on Supreme Court's Agenda Days After Mass Shootings

A possible expansion of gun rights is on the Supreme Court's agenda, days after mass shootings in Colorado and Georgia.

The justices are meeting in private Friday to discuss adding new cases to their docket for the fall. Among the prospects is an appeal from gun rights advocates that asks the court to declare a constitutional right to carry a handgun outside the home for self-protection.

It's the first major gun case to come before the court since Amy Coney Barrett became a justice in late October and expanded the conservative majority to 6-3.

The case had been scheduled before a shooter killed eight people at massage businesses in the Atlanta area last week and another shooter killed 10 people at a supermarket in Boulder, Colorado, on Monday.

Georgia is among 21 states with Republican attorneys general calling on the court to take up the case and expand the rights of gun owners.

The court's consideration of gun rights comes as President Joe Biden and Democrats in Congress are pushing a variety of restrictions, including expanded background checks, that appear unlikely to win approval, for now.

The appeal comes from New York, which gun rights groups say is among eight states that make it difficult if not virtually impossible for people to get permits to carry guns in public. The other states are California, Delaware, Hawaii, Maryland, Massachusetts, New Jersey and Rhode Island.

In the rest of the country, gun owners have little trouble legally carrying their weapons when they go out.

Paul Clement, a frequent advocate before the Supreme Court who represents challengers to New York's permit law, said the court should use the case to settle the issue once and for all. “Thus, the nation is split, with the Second Amendment alive and well in the vast middle of the nation, and those same rights disregarded near the coasts,” Clement wrote on behalf the New York State Rifle & Pistol Association and two New York residents. 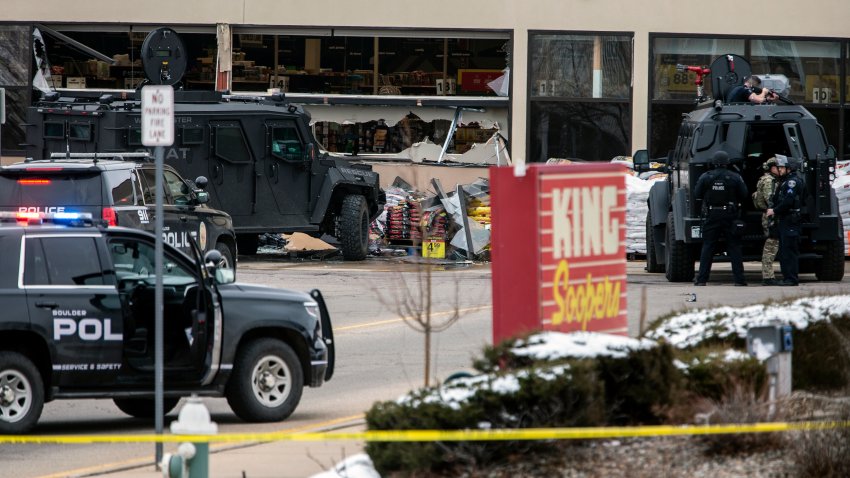 Boulder Banned Assault-Weapons in 2018. An NRA-Backed Suit Blocked It 10 Days Before the Attack 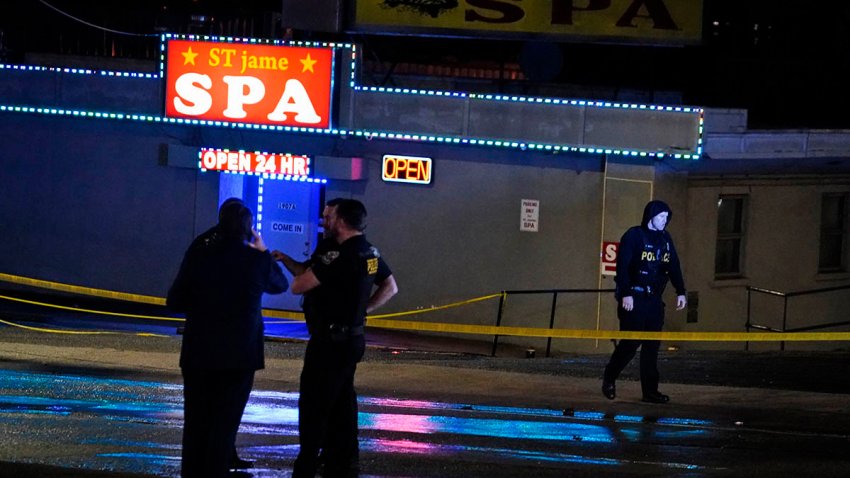 Some States to Seek Gun Waiting Periods After Shootings

Calling on the court to reject the appeal, the state said its law promotes public safety and crime reduction and neither bans people from carrying guns nor allows everyone to do so.

Federal courts have largely upheld the permit limits. On Wednesday, an 11-judge panel of the federal appeals court in San Francisco rejected a challenge to Hawaii's permit regulations in an opinion written by a conservative judge, Jay Bybee.

“Our review of more than 700 years of English and American legal history reveals a strong theme: government has the power to regulate arms in the public square,” Bybee wrote in a 7-4 decision for the 9th U.S. Circuit Court of Appeals.

The issue of carrying a gun for self-defense has been seen for several years as the next major step for gun rights at the Supreme Court, following decisions in 2008 and 2010 that established a nationwide right to keep a gun at home for self-defense.

But the justices have passed on earlier appeals, most recently in June. At the time, Justice Clarence Thomas, joined by Justice Brett Kavanaugh, wrote a dissent in the court’s denial of a New Jersey resident’s appeal seeking the right to carry a gun. Rather than take on the constitutional issue, Thomas wrote, “the Court simply looks the other way.”

But that was before Justice Ruth Bader Ginsburg's death and her replacement by Barrett, who has a more expansive view of gun rights than Ginsburg had.

“The justices have mostly steered clear of Second Amendment cases recently, and this New York case could be the one that prompts the justices to get involved,” said Adam Winkler, an expert on gun rights at the UCLA School of Law. “The addition of Justice Barrett makes it much more likely that the court’s going to take a gun case soon.”

Barrett's most prominent opinion on guns was a dissent she wrote in 2019, when she was a judge on the federal appeals court in Chicago, arguing that a conviction for a nonviolent felony — in this case, mail fraud — shouldn’t automatically disqualify someone from owning a gun.

She said that her colleagues in the majority were treating the Second Amendment as a “second-class right, subject to an entirely different body of rules than the other Bill of Rights guarantees.”

Barrett quoted from a 2010 opinion by Justice Samuel Alito that extended gun rights, but the phrase also has been used more recently by Thomas and other conservatives to complain that the Supreme Court has shied away from recognizing gun rights.

Unclear is whether the recent mass shootings will affect the court's consideration of the case.

“The justices may be more reluctant to take a big Second Amendment case right now," Winkler said. “I could see that weighing on some justices in terms of timing and the public image of the court.”